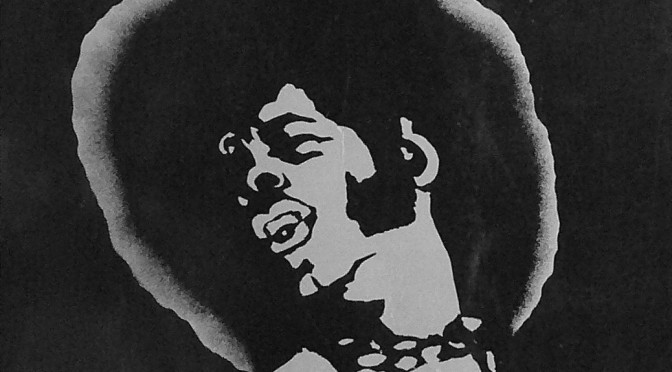 END_OF_DOCUMENT_TOKEN_TO_BE_REPLACED

Check out the other one after the jump…

END_OF_DOCUMENT_TOKEN_TO_BE_REPLACED

City Sound Inertia has a depressing account of the shenanigans behind the scenes at a recent Sly and the Family Stone show in Santa Rosa, California:

The morning of the show, Sly Stone is in Los Angeles. He fires his business manager. Sly tells the promoter that he’s his own boss now, that he’s the one who’s going to get paid at the show, and that he needs $3,000 wired to the bank account of an Iranian BMW saleswoman before he’ll even get on the plane to San Francisco.

And it’s all downhill from there. Except, of course, for the three and a half songs Sly performs before he exits the stage, telling the crowd, “I gotta go take a piss. I’ll be right back.” When he doesn’t come back, a high speed car chase ensues, culminating in stand-off with his band who now never wants to play with him again. Such a shame.

Forget reachin’ me by phone

I’ll be gone for a while…

Previously: Sly Stone on the Down Side of Fame; Sly Stone Re-Emerges.

Greg Kot talks to Sly Stone about hanging skeletons on his door, packing guns and his improbable comeback:

“My dad used to tell me, ‘If you work for it, you will have good consequences,’ ” Stone says. “So I thought what I was doing could be kinda big. And for a little while, the fame was what I expected it to be. But I soon realized there were other things involved in it. There was a down side, and the down side caused me to be very willing to just get off the scene. You get further down than you realize. Jimi [Hendrix], Janis [Joplin], and on and on. I’d see that kind of stuff [and their premature deaths], and I’d go, ‘Whoa.’ I’d start looking at the circumstances and realize I had to back off.”

Stone is vague about what happened next. But he insists he never stopped writing songs, hundreds of them.

I love Sly and the Family Stone. My mom once told me the story of how she first realized that my dad loved her. He drove her all the way to Detroit to see one of her favorite bands, Sly and the Family Stone. But the concert got cancelled at the last minute. The make-up concert was held a week later, and my dad once again drove my mom across the state. According to my mom, that proved he loved her.

Years after I first heard this story, I did some math with the dates of their wedding and my birthday and came to the conclusion that it is extremely likely that I was conceived after the concert. Which explains why I’m so damn funky!

This is great. Something I never would’ve imagined. Vanity Fair has an 8,000-word feature and interview with Sly Stone by David Kamp: Sly Stone’s Higher Power: Fame & Scandal. It’s a great read, with lots of surprising details.

This snippet reveals that his mind is sharp, and that he’s still as funny and weird as ever:

He doesn’t flinch when I broach the subject of his hunched posture and neck brace, but it’s clear he doesn’t want to break out the M.R.I.’s, either. “I fell off a cliff,” he says. “I was walking in my yard in Beverly Hills, missed my footing, and started doing flips. But you know what? I had a plate of food in my hand. And when I landed, I still had a plate of food in my hand. That’s the God-lovin’ truth. I did not drop a bean.”

I grew up on Sly’s music. I might’ve even been conceived after a Sly and the Family Stone concert (which would explain why I am so funky). I am very happy to hear that he’s well and doing okay. And while the idea of new music from him makes me a little nervous, it’s hard not to be excited by the idea. What if it’s great?

Good luck, Sly! And welcome back.

Epic/Legacy is finally releasing remastered editions of Sly & the Family Stone’s first seven studio albums on March 20, each with several bonus tracks and new liner notes. This is long over due.

Sly’s catalog has been criminally neglected. The label rushed out horribly mastered versions of the most popular albums in the early days of compact discs, but it took them until 1995 to release CD versions of the first three Sly albums, A Whole New Thing, Dance to the Music, and Life, each with a single bonus track: “What Would I Do,” “Soul Clappin’,” and “Only One Way Out of This Mess,” respectively. And now even those have gone out of print.

Hopefully this material will finally be given the respect it deserves.