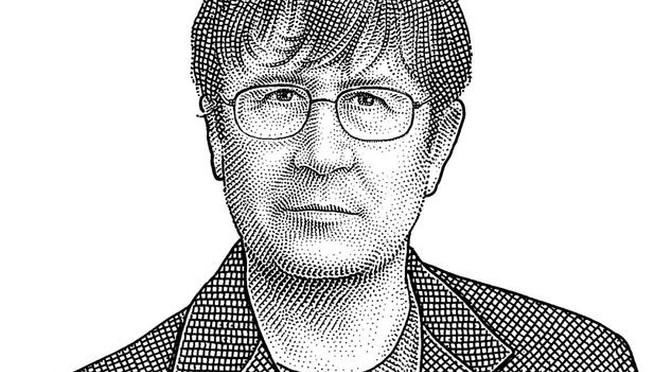 It’s always fun when the Mountain Goats’ John Darnielle has a new project out because he goes out of his way to do interesting things to promote it. In this case his new novel, Universal Harvester, is out February 7 from publisher Farrar, Straus and Giroux, and instead of just going out on a regular book tour (which he’s also doing, of course), he’s also reviewing rum for the Wall Street Journal and composing a ditty for the director of the new Star Wars movie.

The WSJ article (“One Very Strong Rum, Multiple Alternate Realities”) is classic JD, incorporating references to Joan Didion, James Beard, and one’s careless, younger self. My favorite quote is: “Add a tablespoon [of rum] to pretty much any standard cake recipe and you’ve got yourself the kind of grown-up dessert that’ll allow you to imagine yourself in a Fitzgerald novel, preferably closer to the beginning than the end.”

I sometimes forget that I became a fan of John Darnielle from his writing (for Michael Goldberg’s InsiderOne/Neumu and JD’s own Last Plane to Jakarta zine/blog) before I ever heard a note of his music. But once I heard his music I immediately became obsessed, scaring off most of my friends and family with my zealotry. I’ve cooled off since then but every once in a while I still geek out.

When I saw his tweets about a new song inspired by a jokey twitter conversation with Rian Johnson, I didn’t know who that was. As much as I love Star Wars I’ve tried (and apparently succeeded) in remaining spoiler-free when it comes to news about the upcoming movies. For anybody who doesn’t know: Johnson is the director of Episode 8: The Last Jedi.

I was saying how there’s an urgent need to speak out about the many deeds of the ultimate Jedi who wastes all the other Jedi and eats their bones. Rian agreed, and told me to get to work, that the story must be told! So I wrote the song and recorded it with a little help from my kids, who you’ll hear excitedly jumping in and out of the room while I work. Enjoy!

END_OF_DOCUMENT_TOKEN_TO_BE_REPLACED

I was 6 years old when Star Wars hit the silver screen. The weekend of Memorial Day 1977 I stood in line with my mother for an entire afternoon outside the Woodland Theater hoping to get in. Jimmy Carter was president. My parents were still on their first marriage. There was no internet. Cable TV was an extravagant luxury which only afforded you 10 extra channels. In our house music was played from vinyl records or 8-track tapes. The most popular radio station in town operated on a rock and roll album format. My favorite toy was a 12″ GI Joe action figure. Life was great!

The two hours I spent in the theater that day in 1977 changed my life. Star Wars, later subtitled Episode IV, A New Hope, turned my imagination inside out. I don’t need to explain this to any child of the 70s. The impact of Star Wars, The Empire Strikes Back and Return Of The Jedi, released between 1977 and 1983 is now, for better or worse, part of humanity’s collective consciousness.