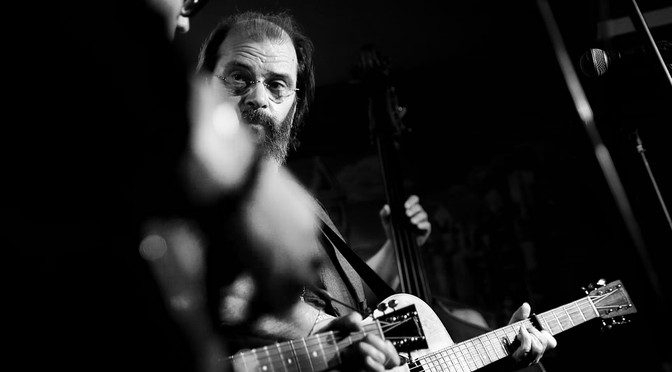 From So You Wannabe an Outlaw, out now on Warner Bros.

I had never really listened to Guy Clark before. But since watching this video, I’ve been checking out Old No. 1, Clark’s 1975 debut. Dang, what have I been missing? Why have I not got into this guy before? I think maybe I was confusing him with Roy Clark from “Hee Haw,” who always seemed corny to me. I can now fully recommend Old No. 1 if you dig outlaw country or Cosmic American music or whatever you want to call stuff like Willis Alan Ramsey, Paul Siebel, Nashville Skyline, and Michael Nesmith’s First National Band. Now I feel like an idiot for waiting this long.

Here’s a live version of Townes singing it himself:

END_OF_DOCUMENT_TOKEN_TO_BE_REPLACED

I hope to God that Steve Earle is making a bit from his boy Justin, because the fact is without that last name—and the middle one that evokes Townes Van Zandt—we’d be looking at another traveling troubadour that goes through your town relatively unnoticed.

Thanks to his worthy pedigree, Justin Townes Earle is getting some recognition, not necessarily unwarranted, but unusually heavy considering the rootsy draping. You see, there are a lot of other artists that, it could be argued, are more deserving of the same amount of attention. Particularly when you consider the amount of miles they’ve laid ahead of the younger Earle and the amount of notebooks they’ve filled with words that Justin’s still striving for.

END_OF_DOCUMENT_TOKEN_TO_BE_REPLACED

Tuesday evening’s Tell Us the Truth Tour stop at the Royal Oak Theatre simmered steadily with grassroots enthusiasm, and occasionally exploded into full-on anger and activism. It featured a few inspired musical moments, and even encouraged a few grizzled hippie holdouts to dig the largely a capella flow of an underground and erudite California MC. But while its message was made even more resonant by Veteran’s Day and Michigan’s contentious relationship with its principal industry, the night’s rabble rousing was permeated by a sense of dreadful resignation. Had the bastards already won?

END_OF_DOCUMENT_TOKEN_TO_BE_REPLACED

Steve Earle on Woody Guthrie from the Nation.

Steve Earle’s thoughtful, direct response to criticism over “John Walker Blues” exposes his critics who called him un-American as the reactionary dopes they are.