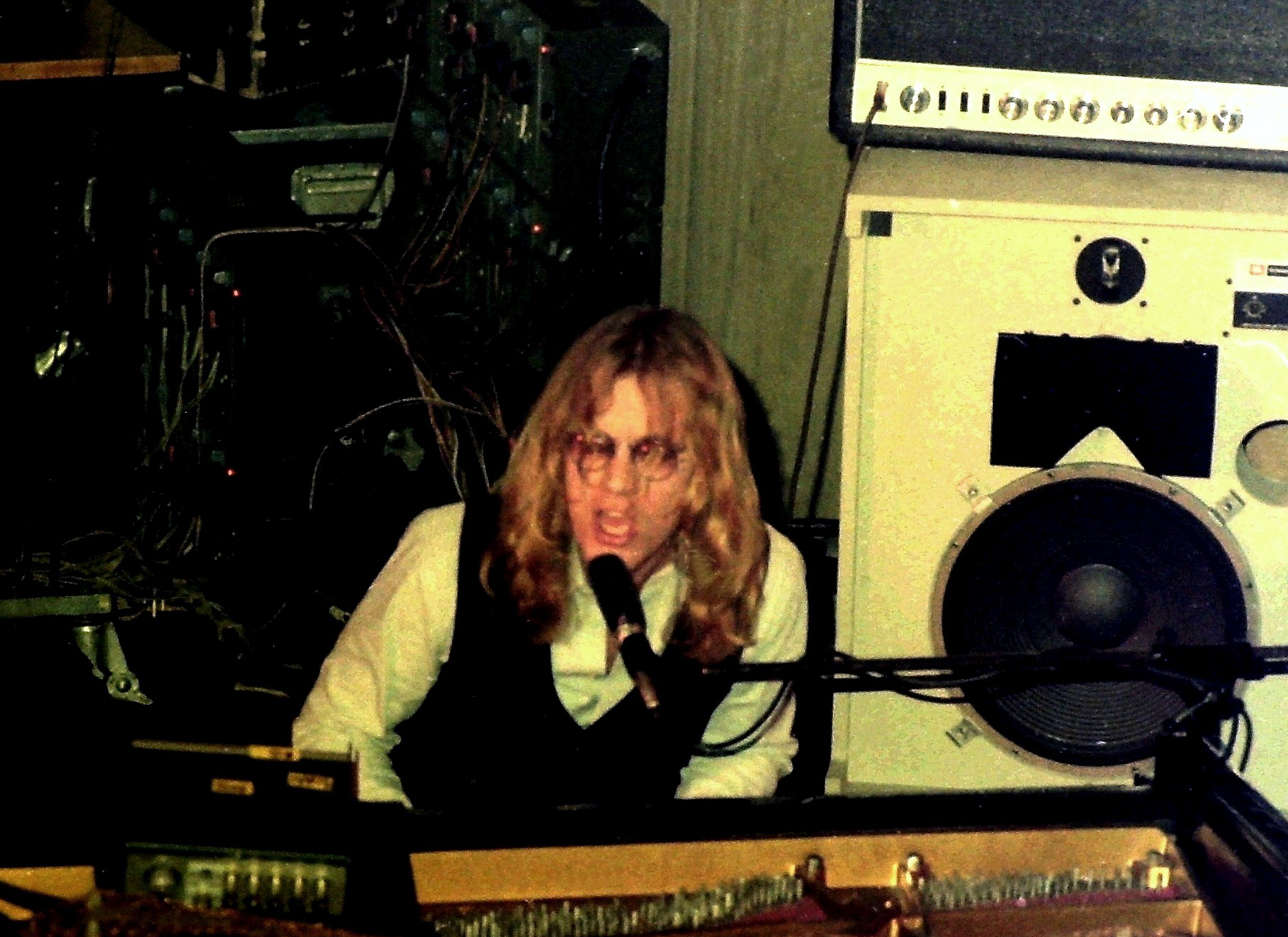 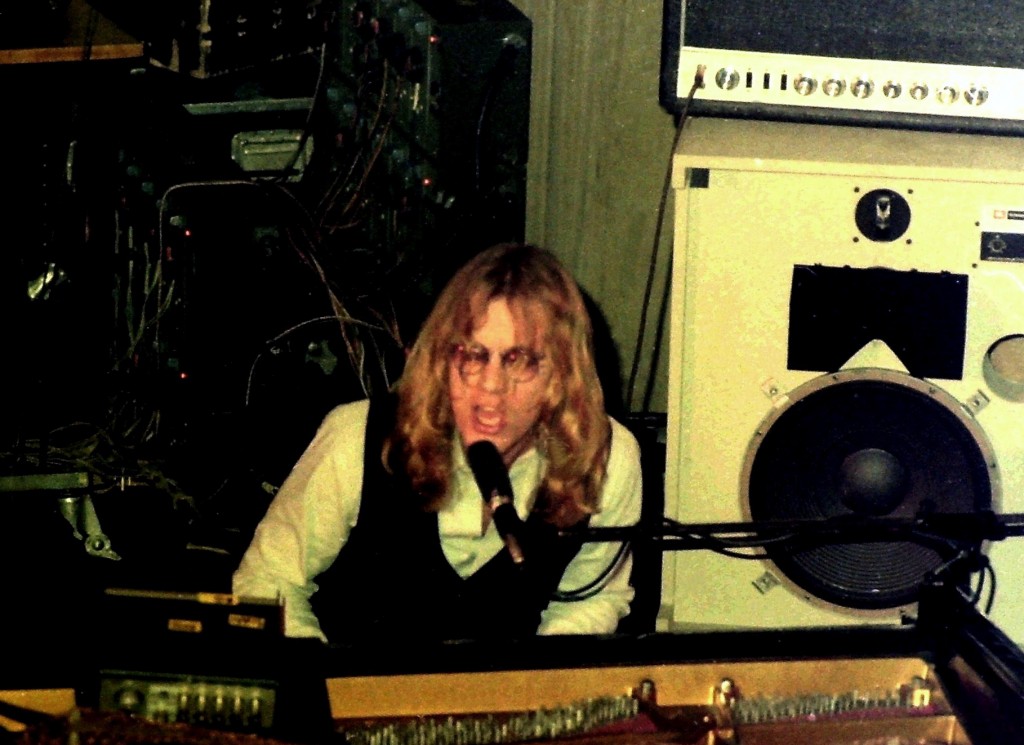 Well, it’s that time again. Time for another Five From the Archive post featuring the legendary Warren Zevon. We’ve looked at his work before, first a batch of songs from 1978, then a batch from his 2000 solo acoustic tour. This time around, we are looking at selections from 1976, the year his first record, Warren Zevon, was released. And the first year of live recordings documented in the Live Music Archive.

1. Warren Zevon – “Sleep When I’m Dead”. The first song from the show at The Main Point. A bit of crowd noise and an introduction before the band kicks in. Someone is playing a harmonica, too. Must be Warren? Full show: June 20, 1976 – The Main Point, Bryn Mawr, PA

3. Warren Zevon – “Desperados Under The Eaves”. “This is an important song to me – it’s one of my favorites,” he says, at the beginning of the song. Lyrically, it’s glorious. “All the salty margaritas in Los Angeles, I’m going to drink them up.” Every line rings like that. Sound quality is outstanding. Full show: October 13, 1976 – WMMS Studio, Cleveland, OH

4. Warren Zevon – “Frank and Jesse James”. In a studio in Holland. Jackson Browne does back up vocals on this one. Full show: December 8, 1976 – VPRO Studio, Hilversum, Holland

5. Warren Zevon – “Carmelita”. Jackson Browne lends a hand on this one, too, playing guitar and adding back up vocals on the choruses. Full show: December 8, 1976 – VPRO Studio, Hilversum, Holland

Image of Warren Zevon in 1976 courtesy of Wikipedia Commons.

Warren Zevon turned 53 early in 2000. He was doing a lot of touring that year to support Life’ll Kill Ya, which was released towards the end of 1999. He didn’t yet know he had lung cancer. That would come a little bit later.

Along with his acoustic guitar and an electronic keyboard, Zevon traveled the country in a camper, hitting a well-honed list of friendly towns, and all the faithful would show up. Zevon’s audience had dwindled over the years, but in 2000 he was in the early stages of a creative resurgence. And his playing was generally energetic and creative. He was on an upswing.

Thanks to the generosity and forethought of his son Jordan, much of Zevon’s available recorded live performances are available for free on the Live Music Archive. We’ve looked at some Zevon recordings from 1978 before. Today we’ll take a look at a few solo performances from 2000, starting with “Lawyers, Guns, and Money” from the Moore Theater in Seattle on April 22, 2000. A great recording and a vocally playful delivery of the song.

END_OF_DOCUMENT_TOKEN_TO_BE_REPLACED

It’s been just over six years since Warren Zevon died. He left behind an impressive body of work.

In 2005, Jordan Zevon gave the Live Music Archive permission to host unreleased live recordings of his pop’s work. All the tracks listed here are from shows in 1978, the year he released Excitable Boy, which had his biggest hit, “Werewolves of London.”

Below are five of the best tracks from the four shows available, all part of the Warren Zevon’s Traveling Circus tour.

END_OF_DOCUMENT_TOKEN_TO_BE_REPLACED

Warren Zevon, the fabulously cynical singer, songwriter, and all-around nice guy, died in his sleep yesterday at home in Los Angeles. After being diagnosed with inoperable lung cancer (mesothelioma) in September 2002, Zevon accepted the news with his typical bent of black humor. For his final album, The Wind (Artemis), Zevon recorded a version of Bob Dylan’s “Knockin’ on Heaven’s Door.”

When longtime fan and pal David Letterman booked him as the only guest on the “Late Show,” Zevon talked frankly about his life and fate with an easygoing sarcasm that was as pointed as it was poignant. He liked to say that he lived the first half of his life like Jim Morrison, and the second as a loving husband and father. The dynamic between those two lives – the rough-and-tumble vs. conventional contentment – defined also his music, which often skewered American values while wishing for personal love and happiness.

END_OF_DOCUMENT_TOKEN_TO_BE_REPLACED

One of these days, not so very long from now, we’ll be reading of the death of Warren Zevon, who has been diagnosed with mesothelioma. When you see words like mesothelioma, you know it’s bad. What is mesothelioma? Cancer. From his lungs to his liver. Maybe he’ll kick it. Maybe.

I first saw Zevon perform in the early ’80s. In Rockford, Illinois. Home of Cheap Trick. It was at the 10,000-seat Metro Centre. You’ve got to watch it when places spell words like center as though they are, what?—Canadians? The Metro Centre was one of Rockford’s moves to revitalize the city center. The slab-sided structure hard on the banks of the Sinnissippi River is an aluminum siding salesman’s wet dream. The wonders of urban renewal. When Zevon took the stage, the place was damn near empty. Maybe the potential audience didn’t get the word about the renewal. “ROCKford! ROCKford! How can you miss with a name like ROCKford!?!” Zevon shouted. The man is nothing if not ironic. Which probably explains a lot of things. Like the empty seats.