Sure, it’s old and it’s sort of lame, but the idea of compiling your “Desert Island Discs” really makes you think about how you feel about music. This is particularly difficult for music freaks, the kind of people who cherish items as extravagant as the Complete Hank Williams Recordings box set. Still though, it’s an interesting exercise, so I asked the Glorious Noise posse to come up with their Desert Island Discs. Click here to see what kind of hut-buddies we’d be.

And if you want to show us your own list of Desert Island Discs, we created a new topic on the Board. Interact!

I asked the Glorious Noise crew for their Desert Island Discs. I know this is an old concept, but I think it says a lot more about a music writer’s perspective than just about anything else. Or maybe not. But I think it’s interesting.
Jake

in no particular order 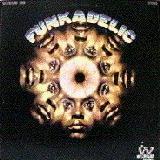 And as a footnote, I think it’s cheating to list greatest hits albums. Come to think of it now, this is really asking a lot of a bunch of guys who can’t pare their record collections down to under 1,000. I mean, can we at least get a classic rock radio station on the island? Then I could reduce my list to about five albums. And you didn’t mention if there is weed on this island either.

in the order that I thought of them…

You can tell I am a greedy, cheap bastard because most of my selections are double albums. It’s the same reason I always play "Freebird" (9:06) and CCR’s "I Heard It Through the Grapevine" (11:04) on jukeboxes: value for the money.

NOT in any particular order

I’ve always considered ‘Desert Island Disc’ lists to be the ballast that washes up on the shores of Sunday evening classic rock radio. The kind of thing that Red Beard would carp about while interviewing Jeff Lynne on ‘In The Studio.’ I know that Jake realizes this; nevertheless, I felt I had to preface. That said, here’s mine…

(In no particular order, as order would not exist on an island consisting of me and Wilson…)

Minor Threat, Minor Threat (Dischord)
The musical equivalent of your favorite black T shirt. But, by now, it’s probably a little gray, and featuring a fray around the collar.

Bruce Springsteen, Nebraska (Columbia)
"Well I can remember us drivin’ in your Daddy’s car, your body tan and wet, down at the resevoir…"

The Who, Live at Leeds (MCA)
Rumbling, bumbling, and stumbling: an all-time live classic.

Guns n’ Roses, Appetite For Destruction (Geffen)
Recently, I figured out that what makes this album great is the undercurrent of sex. Don’t ask me why it took me so long to deduce that. I’m on a goddamn desert island, remember? Jeez.

The Rolling Stones, Let It Bleed (ABKCO)
We all need someone we can lean on. But a palm tree’ll do.

If it happened TODAY:

Hopefully I’m not the last one to leave you hanging on this, after all, I am employed at a job where I can spend an entire afternoon thinking about Desert Island Discs, so here it goes…

Sinatras: Action Party/Shelia’s Glowing
The best band in America never fails to get me charged up and ready to rumble.

Jonathan Richman: Jonathan goes Country
You’ve got to have something to listen to while trying to build a telephone out of coconuts.

The Sleestacks: The Pirate Show and 45 Other Minutes
This one is for when you’ve given up on building the coconut telephone but have figured out how to ferment grog. And it has a nautical theme. 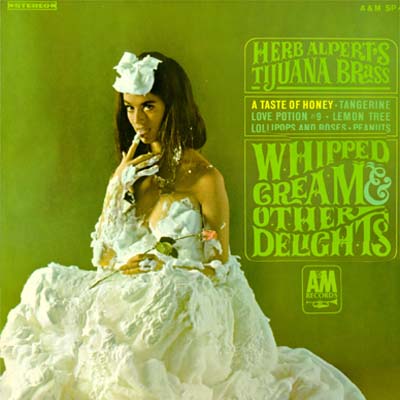 Herb Alpert and the Tijuana Brass: Whipped Cream and Other Delights
I don’t really like Herb Alpert or whipped cream, but I do like the cover to this album, and I figure a guy gets lonesome on a desert island…

Parliament : Funkentelechy Vs. Placebo Syndrome
I like to dance. Also, a flashlight can come in handy trying to signal passing planes and ships.

Frank Sinatra: Come Fly With Me
I like the idea of listening to a bunch of songs about travel when you’re hopelessly stranded with nothing but a hand cranked victrola and a couple of rocks to bang together.

Johnny Ace: I’m Crazy Baby
Speaking of victrolas, I’ve actually got one, and I’ve got this record on 78. It’s dirty, fragile, and sounds terrible, but there’s something about the way it sounds when you turn the crank … Johnny Ace was the pre-rock star who killed himself playing russian roulette on the eve of his big break.

Hey, we want to know what albums you would take on a deserted island if you knew you going to be stranded there indefinitely.  Go to the Glorious Noise Bulletin Board and let us know!