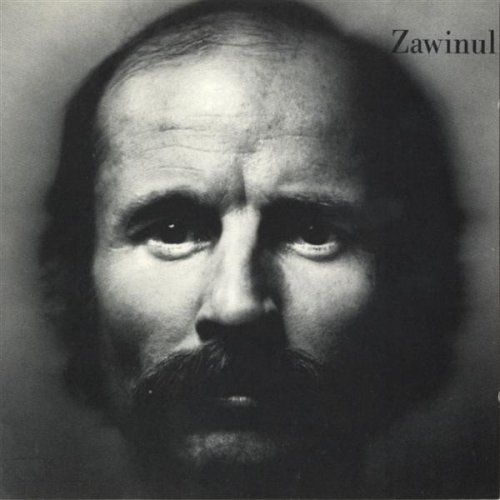 And here is one more review by Lester Bangs. This one is a double review of a couple jazz albums. It originally appeared in the August 5, 1971 issue of Rolling $tone, and hasn’t been published since…

It all started two years ago, when Miles Davis released In a Silent Way. That album and Bitches’ Brew, with their shifting rhythms, extended pantonal space flights and tidal washes of sound, turned a page in the history of jazz and influenced everybody in it and a good many out. Figures as far afield as Herbie Mann and Cannonball Adderley, pop musicians as seemingly unlikely as Brian Auger, all grasped hungrily at Miles’ new language and soon we were space-tracking and ocean-lapping ourselves into the ozone. Incredibly, this intricate, advanced, even cerebral music was bidding to become as vastly inffuential in the Seventies as the approaches of Cream and Hendrix have been a few years earlier. A Space Supergroup was, of course, inevitable.

The supergroup is Weather Report, coming your way this month from Columbia with expectedly lavish attention: pianist Joe Zawinul and saxman Wayne Shorter, both alumni of the Davis band, In a Silent Way and Bitches’ Brew, (with the added credit in Shorter’s case of his own great Blue Note set Super Nova, one of the best jazz albums of 1970), bushy-headed young Miroslav Vitous (bags for Davis, Sonny Rollins, Stan Getz, Mann), percussionist Airto Moreira (Davis mainly, though he has a new album out on Buddah with his own group featuring Ron Carter), and drummer Alphonze Mouzon (Chubby Checker, Gene McDaniels, Tim Hardin, Roy Ayers and Gil Evans).

What all this means is that each of these men has distinguished himself so consistently, and been involved in crucially important bands at the right time, that the product of their collective talents should presumably outstrip even their rosters of past accomplishments. Whether it does is, despite the beauty and excellence of Weather Report, open to question.

For the essential problem is that this bold new style has by now become so familiar that it’s not, in and of itself, so bold or mind-stretching anymore. In fact, it has just as much potential for boredom and bad sets as any plain prole funk. In a Silent Way made history, but despite all the reviews which compensated for being unable to come honestly to grips with it by praising it with thickets of expressionist imagery, Bitches’ Brew remained for many of us not only inaccessible but so consistently unpromising in its inaccessibility that we finally just gave up. It wasn’t just that it was so hard to hear–it was that when you did hear it it was so hollow, a vast windy cavern with grand designs and no inner substance.

So one approached Weather Report with high hopes but also a certain slight wariness compounded by the Supergroup riff. The album is out now, and it certainly offers much more than either Bitches’ Brew or Miles Davis At the Fillmore, but falls far short of the astounding innovation touted for it. It’s Zawinul’s and Shorter’s trip all the way, although Vitous gets off some nice, energetic John McLaughlinish bass runs. Each of them contributed two pieces, and Shorter and Zawinul collaborated on one and with Vitous on another, though who contributed what probably doesn’t mean so much because the stylistic approach is inconsistent throughout, which .means it’s never far enough in front of Silent Way and more recent Miles to really turn your head around.

It’s all beautiful, lush, hypnotic, mostly quite soothing, but I can’t help feeling that something is missing. Like much of Pharoah Sanders’ recent work, all this lovely lyricism, this sensuous, sinuous, spiritual stuff (and if a white rock musician came on as Swami-solemn as some of these guys he’d be-laughed right off the stands) can come to seem so entrancing, such an aural soma (“a soundtrack for your imagination and head”– Zawinul), that it almost begins to seem like Muzak. On and on it flows, with never a wrench or spot of grime, a perfect rippling tapestry whose tape-ends you could loop and play forever and never get bothered. I could listen to this record at any time of the day or night, in my orgone box or the dentist’s chair; I can listen to it intently savoring the complexity and shifting centers of collective improvisation, or just let it play and listen with my nerves alone.

But it always seems so much easier just to follow the latter course than to sit down and actually listen, and maybe that’s the problem. Certainly it’s not just our indolence — some records force you to pay attention or take them off, but this isn’t one of them. Silent Way didn’t grab you by the collar and shake you like some Cecil Taylor exorcism, but the flow of ideas was always so arresting, especially when Miles was playing, that you couldn’t help becoming involved if only listening with half an ear. Weather Report, fine as it is, never attains that sort of power.

It would be a mistake to conclude from that, however, that these men need Miles’ force to mold this music into something awesome and imperative, Zawinul, who wrote the title track from Silent Way and “Pharaoh’s Dance” on Brew, has just made an absolute cathedral of an album with a group of his own called Joe Zawinul, that has far more life in its stately spires than anything on the crepuscular Weather Report LP. Utilizing an ensemble of two electric pianos (Zawinul and the ubiquitous Herbie Hancock), flute, trumpet, soprano sax, two basses (including Vitous) and three percussionists, Zawinul stretches out through a five song set that is much less dense than Weather Report–there’s a lot mate silence and space between things, and long solos are allowed to develop instead of sliding back into the collective stream after a few seconds but somehow seems far mom substantial. It reveals breathtakingly the stature of the Zawinul compositional talent, and suggests that he may have had more to do with the root gestation of the New Miles Sound than anyone would have thought.

The music here is also much more explicitly programmatic than in Weather Report–one song paints Zawinul’s grandfather’s funeral, another his awe at first arriving in New York as a small child on a boat from Europe, and the prayerlike “In a Silent Way,” repeated from the Davis album in a version of equal purity, is revealed as a reverie about his early childhood as a shepherd boy in Austria. All of it works brilliantly; the sonic architecture–for that is what it is–has a grandeur and almost cinematic precision that’s evocative even when less overtly programmatic than the examples mentioned.

This music seems much closer to the “trip for the mind” claimed by Weather Report, because it comes from a unified vision exactly as the greatest work of Miles or Mingus does, and inevitably speaks much more directly and personally than any symbiotic collaboration, no matter how great the talents involved, ever could. As close as their sources are, Zawinul towers above Weather Report and all but a very small handful of other albums released in the past year. It has the autobiographical poignance of the most intense musical statements of Charlie Mingus, and the vistas-of-pure-sound majesty of The Indivualism of Gil Evans and the latter’s collaborations with Miles like Sketches of Spain. It will remain a classic jazz album of the type that transcends our narrow conceptions of what “jazz” has been, fully as far-reaching as In a Silent Way. Get it, and see where we can go from here.