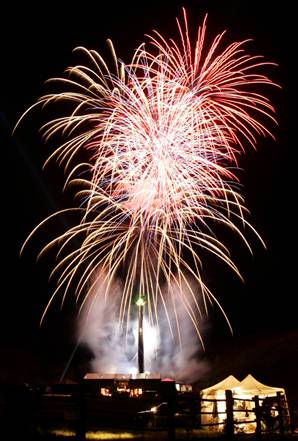 Hunter S. Thompson’s death should not have come as a shock. He was a man who balanced on the edge of death his entire adult life. Thompson met every birthday with surprise; unable to believe he’d made it through another year without meeting a glorious, surely explosive end. And yet the fact that he’d led the life he had—and lived to tell about it for 67 years—made it hard to believe he was really gone when news of his suicide broke last February. How could such a force of life be blown out with a piece of metal .357″ in diameter? And how could we, those who turned to Thompson’s writing when the going truly got weird (like when George W. Bush was RE-elected), face an increasingly insane world without his commentary? It was his writing, so hilariously personal, that made us feel as though we knew him. He was not a distant figure who only appeared as a photo on the dust jacket of his latest tome. He was real. He was genuine. His words assured us that WE weren’t the lunatics. In that, he was the greatest friend to the disaffected at the end of the America Century.

Can we all agree that seeing Johnny Depp’s name attached to a film assures you that it will at least be interesting? His name has what they call in the business world a “brand promise.” You can expect quality from Johnny Depp, even in his more pedestrian roles. Johnny Depp brings depth. And where does that come from? He is the genuine article. That’s a characteristic you can’t fake, or “act.” It is a quality. It’s a show of who he is and if anyone needed further proof of that quality you need only look to Thompson’s send off. Depp not only kept his promise to a friend, but did it in a grand, spectacular, explosive fashion that befit the Grand Marshall of Fun.

And let’s not forget how thoroughly entertaining Johnny Depp is off-screen as well. He’s trashed hotel rooms over Kate Moss (whom GLONO also holds in high regard because she’s a stone fox); stomped paparazzi in Europe and recently threatened to eat their noses; called America out for being “something like a dumb puppy that has big teeth” long before the wave of anti-war fever hit; and what about his clothes? The man has style that’s a cross between a Parisian shop keep and a homeless guy. The best looking man in Hollywood dresses like a bum and doesn’t look like he’s TRYING to. Is it any wonder then that he and Thompson became fast friends?

And so here it is, another award to be blasted away with shotgun shells and sprinkled into tumblers of Chivas. Mahalo, Colonel Depp. 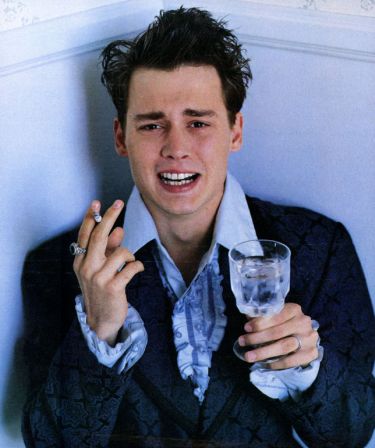