Elliott Smith’s girlfriend Jennifer Chiba has lost a California appellate court case where she claimed she was entitled to a portion of Smith’s estate “because they had lived together, shared equally their earnings and property and held themselves out to the public as husband and wife. Smith, she claimed, promised to support Chiba for the rest of her life.”

She also claimed she acted as Smith’s manager and agent, including booking gigs for him, and was entitled to 15% of all proceeds he earned. She sought more than $1 million.

Chiba was there when Smith allegedly killed himself, and admitted to police that she pulled the knife out of his chest. Chiba has maintained that she didn’t kill him: “It’s absolutely not my fault. I know that, and people close to Elliott know that.” Smith’s family, however, was not so sure… 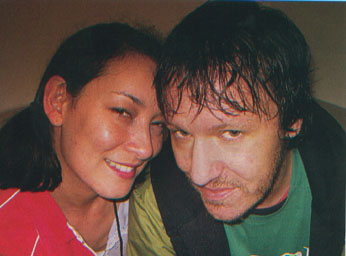 More from the Hollywood Reporter:

But the state labor commissioner and later the trial court ruled Chiba was not allowed to make a claim on the estate because she acted as an unlicensed talent agent under the state’s Talent Agencies Act.

In reviewing the trial court’s decision, the 2nd District Court of Appeal agreed 2-1 that while Chiba did have a “cohabitative agreement” with Smith, she also had a recording management agreement. Justices Fred Woods and Laurie Zelon ruled both of those contracts were “inextricably intertwined” and could not be considered as seperate agreements in the case.

But Justice Earl Johnson dissented, writing the two agreements were severable and Chiba could enforce her cohabitative agreement, known as the “Marvin arrangement” named after the infamous palimony case involving actor Lee Marvin.

MP3s from From a Basement on a Hill: