How much would you pay to hear the new Radiohead album before it is “released”? Because, no, really, Radiohead wants you to set your own price. On October 10, you’ll be able to download In Rainbows from the band’s website for a cost of your choosing. So “x” out of Soulseek and give the band at least a penny; even if you don’t love ’em, isn’t one cent worth seeing an archaic business model crumble?

The album, self-released, will drop in tangible forms “before or on December 3.” You can pre-order a “discbox” which includes the CD and LP versions; a bonus CD of new songs, digital photos and artwork; and will come encased in a hard book. They’re not playin’ around. Pre-orders also include access to the digital download, so you’ll already know all the words by the time you’re pouring over images of crazy bears. The most vanilla of you could just wait until the regular CD comes out sometime early ’08.

There’s just so much to appreciate here. By releasing the album only through their website, they control it in all aspects. Instead of announcing a release date months down the road, only to have the album leak anyway, the band will get at least some cash out of the ‘net hounds. And the notoriously loyal Radiohead fanbase will still pre-order the loaded deluxe package. Meanwhile, fans who weren’t expecting a new album until at least next year only have to wait nine more days.

Just goes to show, as with Wilco and Stars: respect your fans and they’ll respect you. But neither of those bands has the sales or sway in the record industry that Radiohead has — this is a major band with the resources to make a major move. And the best part? With no label, only the band is rewarded for their trust and approach. Eat it, Capitol. 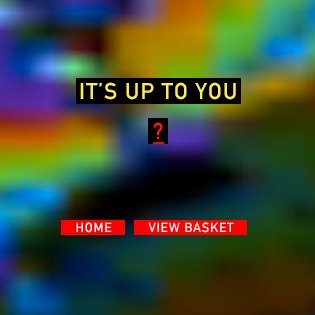 According to Billboard, here is the track list for In Rainbows:

Here is the track list for the In Rainbows bonus disc:

“Down Is the New Up”

“Up on the Ladder”