Reports from CMJ and Billboard reveal some interesting details about the upcoming White Stripes album, Icky Thump, due in mid-June via Third Man/Warner Bros.

For those of you with attention spans too short to read the articles:

• There is no piano…

• “Conquest” is set to a hot tango rhythm, featuring a trumpeter that White discovered playing a Mexican restaurant…

• Bagpipes and a rollicking Scottish dance structure are applied to “Prickly Thorn, But Sweetly Worn,” capped by the refrain of “lai-de-lai-de-li-oh.”

• “St. Andrew (This Battle Is in the Air)” is a spoken-word piece performed by Meg.

• Several tracks are punctuated with synths and Wurlitzer…

• “You Don’t Know What Love Is (You Just Do As You’re Told),” is a ferocious melodic rocker simlar to “You’re Pretty Good Looking (For A Girl).”

• “Catch Hell Blues” lives up to its name by smashing slide-guitar up against a vigorous punk rock chord progression.

• “Prickly Thorn, But Sweetly Worn” is like the Gaelic jaunt of the Waterboys.

“St. Andrew (This Battle Is in the Air)”

“I’m Slowly Turning Into You”

“A Martyr For My Love For You” 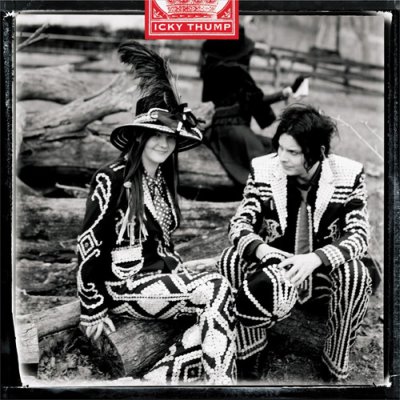