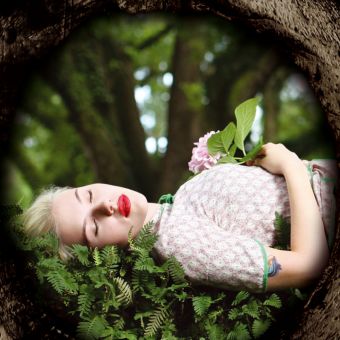 Ever since Ghost World, we’ve had a soft spot in our hearts for Scarlett Johansson. She just seems like she might actually be a cool person. Well, at least she likes Tom Waits. In fact, she likes him enough to cover ten of his songs (plus one original) on her debut album, Anywhere I Lay My Head.

Rhino has set up a “listening party” stream of six songs off the album: QT, Win, Real. Unfortunately, it’s not very good. Has sort of a Concrete Blonde vibe. Maybe. Or maybe early Sinead O’Connor. Or something.

Full press release and photos after the jump… 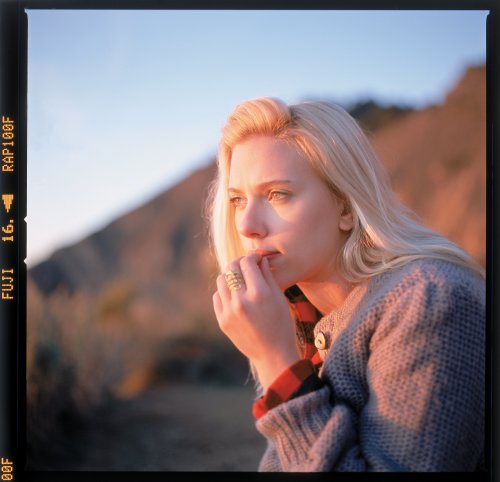 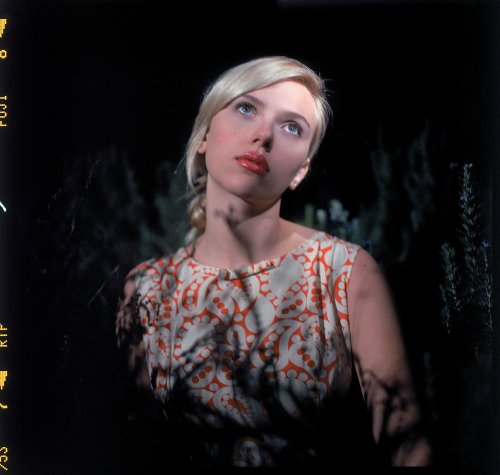 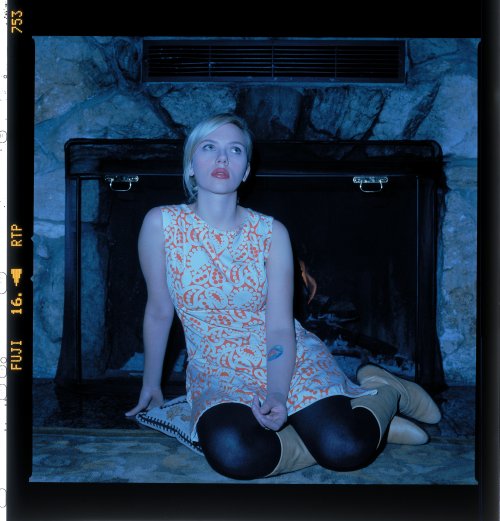 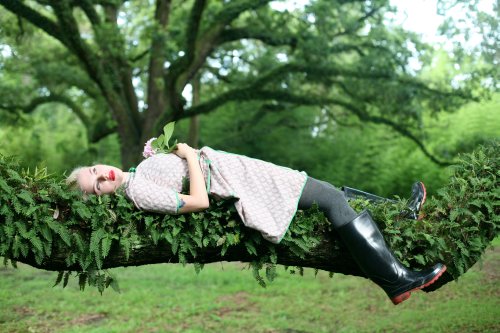 Anywhere I Lay My Head

Early in the summer of 2007, Scarlett Johansson and her producer David Andrew Sitek entered Dockside Studios in Maurice, Louisiana with a band of multi-instrumentalists—old friends of Sitek’s with whom he had collaborated in the past and ultimately handpicked for Johansson’s project. There, in the Louisiana bayou, this new, impromptu band lived together for five weeks, experimenting in the studio, rehearsing songs, barbecuing, swimming, and, ultimately, making an 11-song album. Ten tracks are covers of songs written by Tom Waits (many of them in collaboration with his wife Kathleen Brennan). The remaining song is an original, written by Johansson and Sitek.

“The back story to this project,” says Scarlett Johansson, “is that after I recorded the Gershwin standard ‘Summertime’ for an album benefiting Music Matters, Rhino approached me and asked if I’d like to do an album. We all have friends who would kill for that opportunity and I really felt like I couldn’t pass it up. So I began to think about what I might want to do.” Johansson’s initial thought was that she could continue recording songbook classics like “Summertime;” eventually, however, she became convinced that she had to sing the Tom Waits and Bette Midler duet “I Never Talk To Strangers.” “The Tom Waits song stood out because it wasn’t a standard but it was the only one I knew I wanted to do for sure,” Scarlett says. “I thought, ‘Maybe I could add more Tom Waits songs….’ Then it became, ‘Maybe I should just do all Tom Waits songs.’

“That’s how it came about,” she continues. “I’m not trying to prove anything on this album. I could never impersonate Tom Waits. I just love his music.”

After a series of false starts (including a few demos she cut in which a band interpreted the Waits originals as faithfully as possible), a mutual friend eventually connected Johansson with Sitek. As a big fan of not only the songs but also the massive sound of Sitek’s band TV On The Radio, Johansson loved the idea immediately. After an initial conversation in which Sitek told Scarlett that he thought the album should sound like “Tinkerbell on cough syrup,” a connection was made and a genuine collaboration was born.

“I thought the quality of Scarlett’s voice in that lower register could sound good against almost any backdrop,” Sitek says. “And working with someone who works predominately in cinema, it seemed like we shouldn’t try to run away from that cinematic experience. Even the early demos she made had a cinematic approach. They weren’t my style, but listening to them just made me think, ‘If we just make a giant soundscape, Scarlett could become whatever character the song called for.'”

Hearing Johansson sing in person further convinced Sitek that he was on the right track with the sound he was beginning to hear. “When she came to my studio in Brooklyn and sang for me,” the producer says, “I heard her lower register and was like, ‘This is exactly the right direction.’ I imagined a sound that was very Deborah Harry; very Liz Fraser from the Cocteau Twins, very This Mortal Coil—all those 4AD bands and projects that I love so much. There was no denying it. I called the guys I wanted to work with and got everyone on board with the project, then I flew out to Los Angeles from New York. Scarlett and I met in L.A. then drove from California to Louisiana, playing each other songs on our iPods as we went. We both kept gravitating towards these giant, open, cinematic songs. By the time we got to Dockside, everything was in motion.”

Once in the studio the band experimented relentlessly under Sitek’s direction and encouragement, eventually exploring a variety of instruments and arrangements. Later, back in New York, additional musicians including David Bowie and TV On The Radio’s Tunde Adebimpe added additional vocals. In the end some songs were immediately recognizable covers of the Tom Waits originals, while others had become almost re-imaginings. Being mindful of Waits and his compositions was of utmost importance to Scarlett since the project began. Sitek, meanwhile, half-jokingly had a different thought. “It was constantly in the back of my mind,” he says, “that if we did something Tom Waits hated, he’d come at me with a hammer.” Obviously, that didn’t happen: Waits has heard Scarlett’s album and given his blessing to the project.

Johansson is still buzzing from the experience of trying something so radically new. She’s not, however, feeling timid about sharing the project with the public. “I never worry about that kind of thing,” she says with a shrug. “I’m just glad that I’ve had this life-changing experience, and that I met Dave and the other musicians that worked with us. I hope people enjoy it, but I’m already proud of the work we did.”

2. Town With No Cheer

4. Anywhere I Lay My Head

8. I Wish I Was in New Orleans