Carbon/Silicon at the Hammersmith Club

It had been ten months since the last Carbon Casino and Carbon/Silicon returned in time for the holidays season with two more Carbon Casinos.

For this event an artist painted a depiction of the Bank of CSi, Gary Crowley played an eclectic mix of tunes, and support bands warmed up the crowd, people were bopping, and a special guest appeared – this is how a gig should be.

Mick and Tony took to the stage sharply dressed looking like they had been propelled from the set of Goodfellas. They kicked of with a new up tempo song called “What’s Up Doc” (check out the Carbon Bubble trailer on YouTube for more info about the new songs). This song set the tempo for the fifteen song set which included a mix of old and new songs. As with every Carbon/Silicon gig the band seemed to be having as much fun as the crowd. Mick and Tony were joking and smiling throughout the set, and the band are completed by Leo ‘Eezykill’ Williams (B.A.D., Dreadzone) and Dominic Greensmith (Reef).

As musicians the band are punk rock tight but never sloppy. This is a band that play for the sheer enjoyment and integrity.They do not have to worry about external pressures from record companies, commercial obligations, etc. It is just about the music.

As with any Carbon Casino night a special guest was summoned for the encores. Huey Morgan from Fun Lovin’ Criminals was introduced to a rapturous reception, and proceeded to lead the band through rousing renditions of “Scooby Snacks” (video) and “Honky Tonk Woman.”

This fun night was proof that to quote one of their song titles it is good to say ‘What The Fuck’. 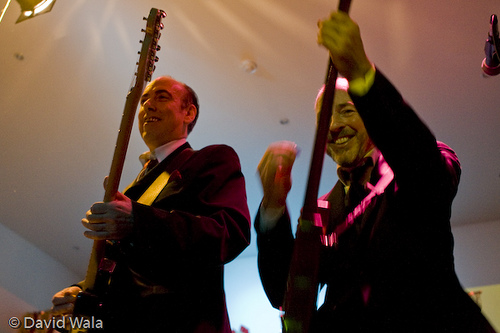 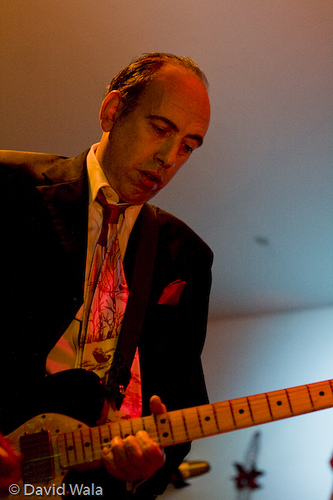 One thought on “Carbon/Silicon – Live in London”