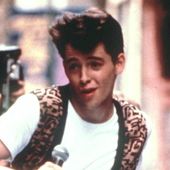 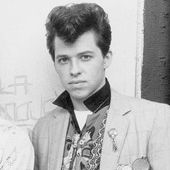 It’s weird to admit, but I don’t know who I would be without those two characters. Like all adolescents, I was searching for my identity, and those guys showed up at just the right moment and made a huge impact on my life.

I saw Ferris Bueller’s Day Off several times in the theater when it came out in 1986. Ferris was everything I wanted to be: cool, confident, nonchalant, easygoing, and hilarious. The quote that has stuck in my mind for 23 years is: “You can’t respect someone who kisses your ass.” Hearing that was like a bomb going off in my head. It changed my entire outlook toward the world. I realize that sounds like hyperbole, but emotions are big when you’re 15. And John Hughes understood that more than any other adult.

After the second time I saw I Ferris Bueller, I walked across the parking lot to the record store in the mall and bought a Beatles compilation with “Twist and Shout” on it. That wasn’t my first Beatles purchase, but it fired up what was soon to become a major obsession. This obsession was spurred on later that year when I started hanging around with a kid in my art class named Derek Phillips who also liked the Beatles. Fifteen years later, the two of us would start Glorious Noise together with a few other friends. Would this have happened if not for Ferris Bueller? Who knows?

Then there was Duckie. I watched Pretty in Pink on video and immediately started dressing like my new doomed hero. Vests, straw hats, bolo ties, the whole bit. Kind of embarrassing now. But it’s true. He was so cool, and Molly Ringwald was an idiot for picking Blane. “That’s a major appliance, that’s not a name!” I hated John Hughes for always making the weird kids get normal to finally appeal to their popular crush. Molly Ringwald may have sold out for Blane, but Duckie stayed true. And that appealed to me. I might never get the girl, but I’m going to keep wearing the funny shoes that define my character. And I’m never going to kiss your ass.

And the music in Pretty in Pink was pretty amazing too. Was that the first time I’d heard the Smiths? OMD? New Order? I can’t remember, but I had the soundtrack on tape. And I played it out.

So yeah, John Hughes had a pretty huge effect on my life. Probably not as much as this girl, who was pen pals with him when she was a teenager… But still. Hughes didn’t condescend to teenagers. It’s easy to forget what it felt like to be a kid. It’s easy to scoff at the melodrama. It’s easy to think that your adult problems are so much more important than the shit that teenagers have to deal with. It’s easy, but it’s not right. And John Hughes got that.

And these children that you spit on as they try to change their worlds are immune to your consultations. They’re quite aware of what they’re going through.

John Hughes died Thursday at the age of 59.

Previously: Exile in Hitsville: xxoo Liz Phair (2003), in which Liz Phair‘s inglorious kiss off to her indie fans is compared to—what else?—the plot of Pretty in Pink.