Some will suggest that times have changed and people no longer need all the “trappings” anymore. It’s all about the music, right? Who cares about the stupid packaging?

Or at least I used to. To be perfectly honest, it’s been a while since I’ve bought a Rhino box. The last one I had any real interest in was 2005’s Girl Group box, One Kiss Can Lead to Another, packaged in a fancy pink hat box. But I passed on it. I didn’t want to have to figure out where to store that hat box. Besides, I listen to 90% of my music on my computer and on my phone now. Me and the rest of the world, apparently.

The best though was Beg, Scream & Shout!: The Big Ol’ Box Of ’60s Soul, an amazing six-disc collection of the original 7″ mixes of 144 soul singles by 144 different artists. For just one example, the version of the Jackson 5’s “Who’s Loving You” is totally different from the otherwise anthologized stereo, album version. And it’s awesome. The whole thing came in an old school record box with each cd in a mockup 45 sleeve. There was a little box of 144 “collector cards” with information about each of the artists. It’s a work of art and a glory to behold.

When’s the last time you felt that way about an MP3? 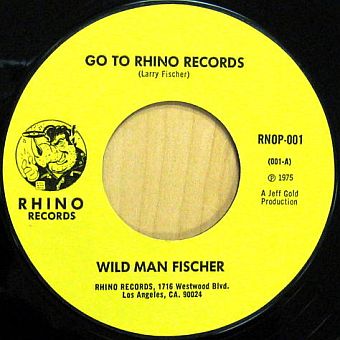 If you look at Rhino’s history, you can trace the different eras…and see exactly when it all went downhill.

Rhino started as a record store in 1973, but by the ’80s had already gained a reputation for excellent quality reissues. From 1986-1992, they had a distribution deal with Capitol Records. This was the period when I first discovered them as I completed my Monkees discography with the help of their reissued vinyl. As I got into CDs, I knew I could always count on a Rhino release to have at least 18 songs and informative liner notes. Back then I didn’t know or care about audio fidelity, but Rhino discs always sounded great. Nancy Sinatra, Tommy James & the Shondells, Legends of Guitar: Surf, Vol. 1. Rhino was my teacher in my quest for knowledge about the history of rock and roll.

Then in 1992, Time Warner bought a 50% stake in the company. This was the period of the amazing box sets. They bought the other half in 1998, and in 2003, the founders of the company left and started Shout Factory. If you’re looking through your record collection and notice that your Rhino stuff stops around this time, now you know why. To make matters worse, in 2007 they fired Bill Inglot, the mastering engineer responsible for 20 years of the high fidelity that was the foundation of Rhino’s reputation.

But regardless of the corporate decisions that led Rhino down this path, it’s still sad to see it end up this way. Thank you, Rhino, for all the great music. Your care and respect for the music and for the customer was obvious, and you had a huge effect on my life. You will be missed.