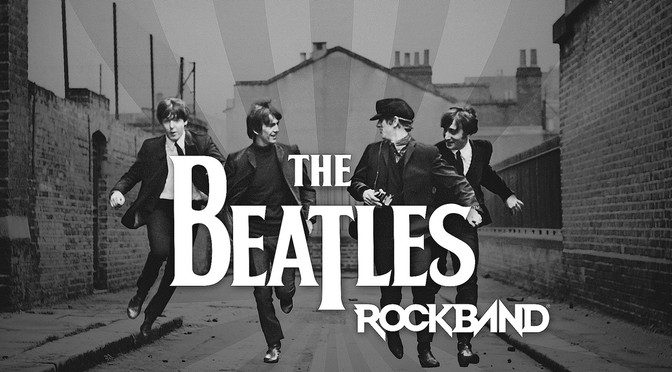 Apple Corps, Ltd., Harmonix and MTV Games have announced the 9/9/09 worldwide release of The Beatles: Rock Band. The game, an “unprecedented, experiential progression through and celebration of the music and artistry of The Beatles,” will be available simultaneously worldwide for the Xbox 360, PS3, and Wii.

There will be “a limited number of new hardware offerings modeled after instruments used by John Lennon, Paul McCartney, George Harrison and Ringo Starr throughout their career” but it will still be compatible with current music-based video game peripherals.

New York, NY – March 5, 2008 – Apple Corps, Ltd., Harmonix and MTV Games, a part of Viacom’s MTV Networks (NYSE: VIA, VIA.B), today announced the 9/9/09 worldwide release of “The Beatles: Rock Band” http://www.thebeatlesrockband.com. The music-based video game, an unprecedented, experiential progression through and celebration of the music and artistry of The Beatles, will be available simultaneously worldwide in North America, Europe, Australia, New Zealand and other territories for the Xbox 360® video game and entertainment system from Microsoft, PLAYSTATION®3 computer entertainment system and Wii(TM) home videogame console from Nintendo.

The Beatles: Rock Band will allow fans to pick up the guitar, bass, mic or drums and experience The Beatles extraordinary catalogue of music through gameplay that takes players on a journey through the legacy and evolution of the band’s legendary career. In addition, The Beatles: Rock Band will offer a limited number of new hardware offerings modeled after instruments used by John Lennon, Paul McCartney, George Harrison and Ringo Starr throughout their career.

The Beatles: Rock Band will be offered as standalone software and hardware as well as a limited edition bundle. The game will be compatible with all Rock Band instrument controllers and other current music-based video game peripherals.

Please note: Pricing outside of the US to be announced at a later date.

The Beatles: Rock Band marks the first time that Apple Corps, along with EMI Music, Harrisongs Ltd, and Sony/ATV Music Publishing, has agreed to present The Beatles music in an interactive video game format. The Beatles: Rock Band will be published by MTV Games and developed by Harmonix, the world’s premier music video game company and creators of the best-selling Rock Band®. Electronic Arts will serve as distribution partner for the game. In addition, Giles Martin, co-producer of The Beatles innovative LOVE album project, is providing his expertise and serving as Music Producer for this groundbreaking Beatles project.

Exclusive content created by Apple Corps, MTV Games and Harmonix will be made available to fans over the next few months who participate in a pre-order campaign through major retailers. More details on The Beatles: Rock Band game and pre-order will be revealed in the coming months.

Apple Corps Ltd. was founded by The Beatles in 1968 to look after the group’s own affairs. The London-based company has administered the catalogue of The Beatles releases of the 1960s that have sold to date more than 600 million records, tapes and CDs. Since the 1990s Apple has piloted new Beatles projects that have become benchmarks for pioneering accomplishment and which have included The Beatles Anthology projects, the 28 million-selling album The Beatles 1 and the The Beatles LOVE show and CD. Further information on The Beatles’ projects can be found at www.thebeatles.com.

MTV Games is dedicated to creating, marketing and publishing high-quality, innovative interactive products that are relevant to the MTV audience and complement the core values of the MTV Networks brands.

Harmonix Music Systems, Inc., based in Cambridge, MA, and established in 1995, is the leading developer of groundbreaking music-oriented videogames. Harmonix was founded by Alex Rigopulos and Eran Egozy, who formed the company to invent new ways for non-musicians to experience the unique joy that comes from making music and have pioneered music and rhythm gaming in the US. For more information please visit: www.harmonixmusic.com.

11 thoughts on “"The Beatles: Rock Band" Due in September”