Not to be outdone by his more politically outspoken former songwriting partner, Macca gets into world politics and the Irish Troubles. Cool guitars, screams and handclaps!

Similar to the Ram outtake “Oh Woman, Oh Why?” Some great screaming and it’s an interesting song. This song was originally written during the Ram sessions, in fact.

A perfect drinking song with a mug swinging sing-along chorus.

This is a weird song that I absolutely love. Crazy piano line throughout and that Macca bass! Semi-disco but not quite.

Great 12-string intro for one of those classic 70s Rock Star story songs that then leads into a screaming rave-up.

Sounds kinda like an early Cheap Trick song with some cool layered slide guitars and the then 35 year old Macca singing about school girls.

Another great Rock Star story song, this one affecting a bit of a George Harrison-cum-munchkin vocal.

Awesome Macca melody. The production of this song hews a little too close to Yacht Rock, but the songs is kinda tight.

Okay, this gets a little over the top but some great harmonies and lovely orchestration. 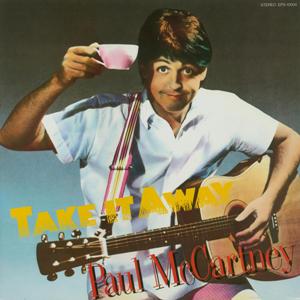 I have distinct memories of this on the radio and MTV and it made me think Macca would be around forever.

Co-writing and duet with Elvis Costello, who provides the right amount of snark and snarl to Macca’s sweetness.

A pretty little acoustic number of advice from father to son.

The best thing Macca had done since Band on the Run.

A simple rocker from the album produced by Nigel Godrich, which was probably the right sort of personality to keep a mega star like Macca in check.

Nice jangly Macca ballad with killer bass parts here and there and nice vocals. The only song I like from this album.

Beautiful finger picking a la “Blackbird.” This is another example of classic Macca melody. Really a lovely song.

Many of these songs have recently been yanked from iTunes as it was announced last month that McCartney’s entire solo catalog will be reissued by Concord Music Group beginning in August. The reissues start with McCartney’s mega seller Band on the Run, which will include a special collector’s multi-disc edition with remastered audio, enhanced packaging and rare bonus content.