On the morning of Monday, December 8, 1980, John Lennon was photographed in the nude, embracing his fully clothed wife, Yoko Ono. The iconic photograph captured by Annie Leibovitz in the couple’s Dakota apartment would later grace the cover of Rolling Stone’s January 22, 1981 edition.

My Monday morning was dramatically different. I was 14 years old and days were spent in the classrooms of Keokuk Middle School. I was oblivious to the work of Annie Leibovitz, but I was very much aware that John Lennon had recently left his world of domestic tranquility and returned to the career that made him such a recognizable figure among any 8th grader in 1980.

While John Lennon endured interviews and recordings on that day, I endured the breath of our algebra teacher and the watchful eye of Mr. Gaylord, the middle school principal whose mistrust of anyone 14 and under was probably well deserved thanks to the ridicule he endured because of the too-easy ammunition of his last name.

Keokuk Middle School did have an aura of hipness with one particular staff member, a language arts teacher from New York City who taught the sixth graders. A few of my friends actually had him for 6th grade a few years earlier, but my experience with him resulted from a few 1-on-1 basketball games in a neighborhood park.

His name was Ambrose Metzegen-Bundi, but everyone – including his students – referred to him as “M.B.” As an African American in a predominantly white Midwestern town, he was a unique fixture. His urban veneer made him a cool teacher in a sea of unhip educators. He talked to students like they were adults, but his no-nonsense approach meant that he expected his class to act older than their biology typically allowed.

M.B. had a record player in his classroom and occasionally we would stop in before classes to play the few rock records he had hidden in a filing cabinet. One morning, the arch nemesis Principal Gaylord abruptly came in to investigate where The Beatles’ “Wild Honey Pie” was originating from.

When I got ready for bed on that Monday night, December 8 seemed to be ending like any other day. I retired under the sheets of my twin bed, a hand-me-down that I inherited from my uncle when he was old enough to move up to a full-size mattress.

On the headboard was a Sony clock radio, able to pull far-reaching AM signals like they were broadcasting next door. WLS-AM still had a Top 40 format at that time, and they became a favorite for ending the day.

One of the benefits to falling asleep to the music of the day was the ability to wake up to Larry Lujack’s morning show the next morning.

As I lay in bed listening to the country’s current hits, a disc jockey came on and announced that they had just received a newswire that John Lennon had been shot. At first, I didn’t think of how severe it might be; one tends to think of superstars as beyond the reality of everyday life. They live in a world of on-call doctors and immediate service.

Surely, John Lennon had people on staff for things like gun wounds and bloodstains.

Blissfully unaware of the reality of the shooting, I dutifully went downstairs to report the news to my parents. They were still in the living room watching the evening news, who had yet to broadcast anything about the shooting.

I returned to my bedroom to listen for more announcements on WLS.

I specifically remember trying to picture what kind of altercation Lennon might have gotten into that would prompt someone to pull a gun on him.

It’s worth noting that Lennon had removed himself from the public eye to take care of Sean, and it was very uncommon to hear any news about him. In fact, the last time I remembered him getting media attention was during his “lost weekend” when he and Harry Nilsson got into a bit of trouble. I wondered if Nilsson might have had something to do with the shooting incident that night. Perhaps his return to music had also prompted a return to drinking.

But before I could consider other scenarios as to why Lennon had been shot, the WLS announcer returned with an update.

I thought it might have been a mistake. I mean, they didn’t say on the earlier announcement that the wounds were serious. Or maybe it was a cruel joke.

Even if it was a mistake, I felt obligated to go back downstairs and update my parents.

I knew that John was Dad’s favorite Beatle, which meant that he was my favorite, too. Sure, I had an early allegiance to Ringo, but the moment I was able to figure out that songs like “Imagine” or “Revolution” or “Come Together” transcended the normal expectations of rock music, I began to appreciate how much more vital Lennon was than the funny guy behind the Ludwig kit.

On several occasions growing up, my father told me that John was his favorite Beatle. It was because of the depth of his lyrics, his unwavering quest for world peace, and because he continued to challenge himself creatively even when it made sense monetarily to play it straight.

These attributes sounded a lot deeper than any octopus’s garden.

You could tell that the news startled my old man. His attention turned back to the television, which by then had started broadcasting the news of Lennon’s passing with NBC News: Special Report break-ins.

The reality of what had just happened came with those live images, and I felt like I was going to start crying. Avoiding that display of sensativity, I quietly returned to my bedroom, leaving my folks to monitor the news reports.

WLS had begun playing music by Lennon – both Beatle and solo material – repeating the news of Lennon’s murder after each song.

When they played “Imagine,” I finally let the tears go.

It took a while to get to sleep that night, and when I woke up the next morning I didn’t hear Uncle Lar and Little Tommy guffawing through “Animal Stories.” Lujack was around the same age as Lennon, and he turned the normally jovial morning show into a memorial service for Lennon, with personal reflections and news updates.

My Dad was a teacher at the high school, and in order for me to hitch a ride with him to get dropped off at the middle school, I had to be up and ready to go early in the morning.

It also meant that I was one of the first kids in school each day, and on the morning of December 9, I didn’t want to be alone with the news still in my head.

I wanted to talk about the murder, or more to the point, I wanted to be with someone who understood the impact and the loss that I was feeling.

As I stood in front of my open locker – staring at nothing in particular – M.B. turned the corner of the empty hallway and walked past me toward his classroom.

He said nothing as he passed and unlocked his classroom door. I gathered my stuff for first period and walked into M.B.’s open classroom.

Like my father, M.B. did not express anything verbally about the events, and like my father, Lennon probably meant more to him than what I could claim. But M.B. didn’t let the death go unnoticed either: He pulled The White Album out of his filing cabinet and put side one on his record player.

Admittedly, the enthusiasm of “Back In The U.S.S.R.” didn’t quite mold itself to the mood, one that now included a few more early risers who were also there to pay respects to the fallen artist.

When “Dear Prudence” began, I felt the tears welling up with the line “greet the brand new day.” I considered how this would look in front of my peers and held them in.

Suddenly, M.B. opened up the gatefold sleeve of The Beatles and retrieved the 8 x 10 color photo of John. He found a tack in his desk, got up and walked over to the door of his classroom where he attached the glossy to the wood frame just below the window.

The picture stayed there for the rest of the school year.

But in many ways, it stayed there longer. That image, along with the unspoken act of placing that photograph on the classroom door in a middle school in Iowa, will be forever engrained in my mind. 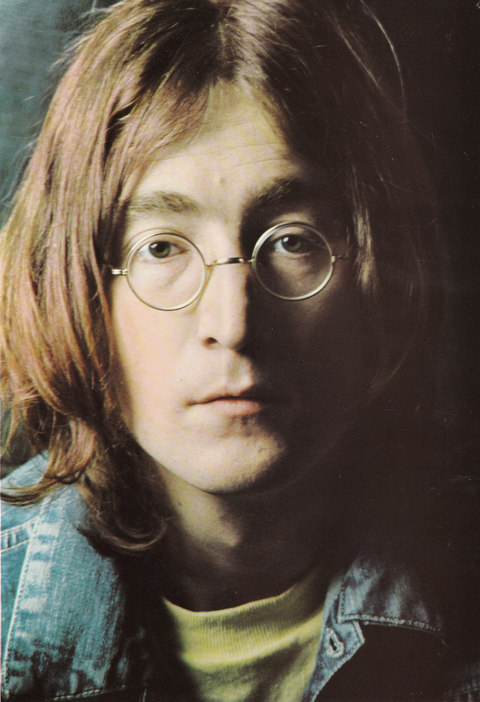 2 thoughts on “30 Years After The Death Of John Lennon”