Freddy Fortune is back with a new band and a new 7-inch slab of vinyl, recorded in glorious mono. The United Space League‘s “You Told Me A Lie” b/w “Water Under The Bridge” is available now from Bellyache Records. You can stream some songs on MySpace, but Freddy warns us, “Don’t let the crappy sound of a watered down MP3 on myspace fool you—the sonics on this vinyl 45 are hot.” 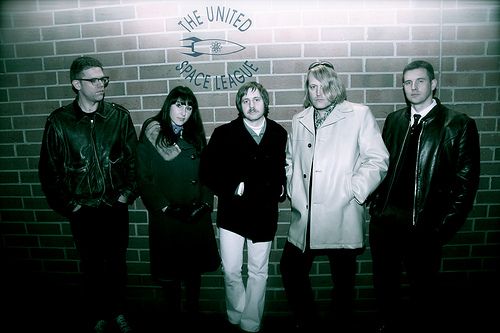 Video: The United Space League – “Breaking Me Down” (live)

Previously: Back from the Grave; or Seeing the Ghosts of Elvis, Gram Parsons, and Mark Lindsey in the Guise of Freddy Fortune (2000); Freddy and the Four Gone Conclusions videos (2008).

One thought on “Freddy Fortune Is Back: The United Space League”