When I began thinking about putting this preview together, I thought I’d feature two or three bands I was looking forward to seeing at the All Good Festival this summer. But I couldn’t limit it to three. There are truly too many bands I’m really excited about seeing this year.

This is good news, because GLONO will be making the trek to West Virginia for four days of music, fun, and sun, July 8 – 11. Headlining the All Good Festival is Furthur, with Phil Lesh and Bob Weir. I’ve seen them twice already this year – read about it here and here – and couldn’t be more excited to see them a third time at All Good. Follow the jump for some more bands we’re looking forward to seeing.

This is the 14th year for the All Good Festival, an impressive achievement in itself. But the organizers continue to excel at pulling together an outstanding roster of artists for the festival. A lot of bands I know and love, some I haven’t seen, and some I haven’t heard of. They have close to 35 artists listed already, so that’s to be expected. The site also says there will be more band announcements soon. In fact, I see they just added Grace Potter and the Nocturnals. She and her band are great, and her original material shines live.

And like I said above, Furthur is headlining. They’re the biggest draw for me. Phil and Bob, together again, surrounded by a small cohort of talented, experienced players. They are the reason festivals like All Good exist in the first place. 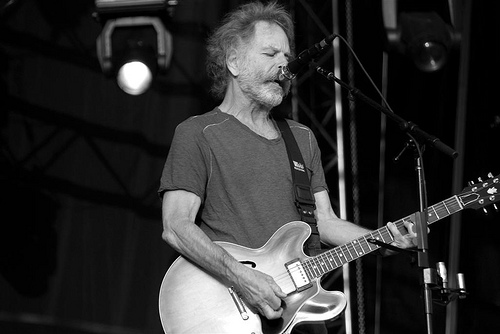 A band I haven’t seen, but am really looking forward to seeing, is Tea Leaf Green. I really don’t know anything they do except a cover of Wooden Ships, which is absolutely brilliant. This is Tea Leaf Green covering Wooden Ships at the Big Meadow Stage in Quincy CA, 2009. Go until at least about 2:15 – the song really gets its legs there.

Then there’s the Donna Jean Godchaux Band with Jeff Matson – a band I haven’t seen, but whose work I know. They’re like a super powered cover band – mostly Grateful Dead, which is right up my alley, but some other cool covers, like She Said She Said. Godchaux joined the Grateful Dead with her husband, Keith Godchaux, in the early seventies, sticking around till 79, when she and her husband decided to call it quits. She still has a powerful, striking voice. Here is the DJGB doing I Know You Rider earlier this year. 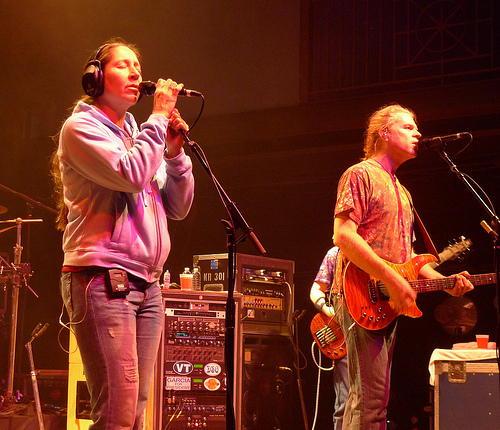 Dark Star Orchestra, who I’ve seen a few times, are playing as well, also with Jeff Matson. So it will be like a double dose of Jeff Matson! I saw DSO last fall in D.C., for a two day run at the 9:30 Club. Saw them in March in Toledo last year, too. What should make this time special is the opportunity to hear them at an open air venue. The best medium for a band that endeavors to re-create the Grateful Dead experience, and does one helluva job at it. Here’s Dark Star Orchestra playing Estimated Prophet earlier this year. “I’m going to call down thunder and speak the same.”

So that’s four bands – five counting Grace Potter – so I’m already past three. I’m going to wrap it up with one I’ve seen, and one I haven’t. I last saw George Clinton in 1992, on a tour with the P-Funk All Stars, if I remember right… and I find myself, uh, kicking myself for not seeing him and whatever band he was touring with for each of the past 17 years. But that’s another story, for another time and place. Because of All Good, though, I’ll have the opportunity to see him again. Here’s George Clinton & Parliament Funkadelic playing Maggot Brain earlier this year in Boston. “The kingdom of heaven is within!” 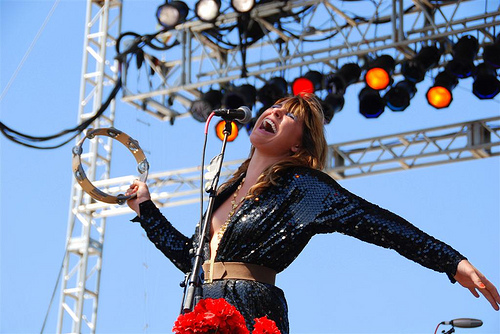 Then there’s Femi Kuti, son of Fela Kuti. Fela Kuti was a pioneering, revolutionary afro-pop musician from Nigeria. Knitting Factory Records has recently re-released what looks like his entire catalog. I happened across Live with Ginger Baker when I was at Amoeba Records, which was a record I fell in love with as a kid. The packaging is like a mini record, with no plastic (except the disc itself), and paper dust jacket that holds the disc like a record. Great attention to detail. And nice remastering.

And now his son is playing at All Good. Femi is Fela’s oldest son, who played in his father’s band and now continues playing afrobeat as the leader of his own band. I’m hoping to get my mind blown by his set. It should be unlike anything I’ve ever seen live. That’s my hope, anyway.

I went to the Rothbury Festival last year, along with the GLONO crew, and it was one of the greatest times of my life. I was crazy disappointed when they announced they were canceling it for this year. I sincerely hope they bring it back next year. There is little more fun than these multi day festivals. Assuming you prepare properly. Wear good shoes. Not $12 flip flops. But I think All Good should be the feel good hit of the summer. The line up pretty much demands it. We’ll see. We’ll be reporting all of it back here after the festival, and, internets willing, during the festival with periodic reports from the friendly confines of Marvin’s Mountaintop. Hopefully, we’ll see you there.

And now, to give you a GLONO sampling of musical performances from some of this year’s artists, check out these jams:

Furthur playing Dear Mr. Fantasy at the Auditorium Theater in Chicago on March 2, 2010.

Widespread Panic playing Wanna Be Starting Somethin’ to roll in the new year.

Umphrey’s McGee covering Reelin’ in the Years at the Regency Ballroom in San Francisco earlier this year. Nice execution by these guys – they’re the kings of brilliant covers.

Yonder Mountain String Band playing a song called Two Hits and the Joint Turned Brown, which is a pretty great song name, you’ll have to admit.

Old Crow Medicine Show playing Fall All On My Knees.

Dark Star Orchestra playing When I Paint My Masterpiece, one of my all time favorite songs. One of Dylan’s greatest.

Grace Potter & The Nocturnals playing White Rabbit as an encore at the Fox Theater.

That’s it for now, folks. Send us links to songs by other artists playing at All Good, and if they’re good, we’ll post ’em.

All MP3s courtesy of the Live Music Archive. Donate. Photos by AMP.

3 thoughts on “It’s all good: The All Good Festival”