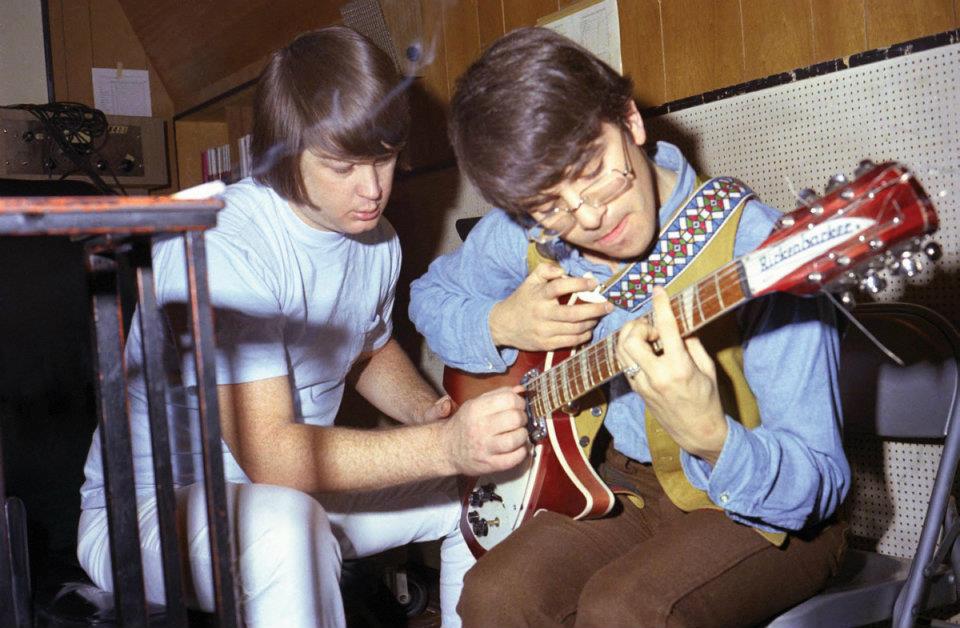 “Surf’s Up” is one of my favorite Beach Boys songs. Back when I first heard it I was struck by the beauty of the music, but I thought the lyrics — written by Van Dyke Parks — were just a bunch of mumbo jumbo.

On the “Inside Pop” television special in 1967, Leonard Bernstein described the song: “There is a new song, too complex to get all of first time around. It could come only out of the ferment that characterizes today’s pop music scene. Brian Wilson, leader of the famous Beach Boys, and one of today’s most important pop musicians, sings his own ‘Surf’s Up.’ Poetic, beautiful even in its obscurity, ‘Surf’s Up’ is one aspect of new things happening in pop music today. As such, it is a symbol of the change many of these young musicians see in our future…”

Of course, the Smile album was shelved and “Surf’s Up” wasn’t released until five years later as the album closing title track to the Beach Boys’ twenty-second official LP with a newly recorded lead vocal by Carl. Brian’s original 1966 demo version was released on the 1993 boxed set Good Vibrations: Thirty Years of The Beach Boys. And the upcoming Smile Sessions set features another solo piano version, recorded a year later during the Wild Honey sessions.

Several years ago, when I was digging into the mythology of the unreleased Smile album, I found an excerpt from Jules Siegel’s 1967 article, “Goodbye Surfing, Hello God!” where Brian Wilson plays Siegel an acetate dub of the song on his bedroom hi-fi set and tries to explain the words.

Below, I’ve combined the lyrics of the song with Brian’s explication.

A diamond necklace played the pawn
Hand in hand some drummed along, oh
To a handsome man and baton
A blind class aristocracy

“It’s a man at a concert. All around him there’s the audience, playing their roles, dressed up in fancy clothes, looking through opera glasses, but so far away from the drama, from life.”

“The music begins to take over.”

“Empires, ideas, lives, institutions; everything has to fall, tumbling like dominoes.”

“He begins to awaken to the music; sees the pretentiousness of everything.”

“Then even the music is gone, turned into a trumpeter swan, into what the music really is.”

Canvass the town and brush the backdrop
Are you sleeping, Brother John?

“He’s off in his vision, on a trip. Reality is gone; he’s creating it like a dream.”

“The poor people in the cellar taverns, trying to make themselves happy by singing. Then there’s the parties, the drinking, trying to forget the wars, the battles at sea.”

The glass was raised, the fired rose
The fullness of the wine, the dim last toasting
While at port adieu or die

“Ships in the harbor, battling it out. A kind of Roman empire thing.”

“At his own sorrow and the emptiness of his life. Because he can’t even cry for the suffering in the world, for his own suffering. And then, hope.”

“Go back to the kids, to the beach, to childhood.”

I heard the word
Wonderful thing
A children’s song

“The joy of enlightenment, of seeing God. And what is it? A children’s song! And then there’s the song itself; the song of children; the song of the universe rising and falling in wave after wave, the song of God, hiding the love from us, but always letting us find it again, like a mother singing to her children.”