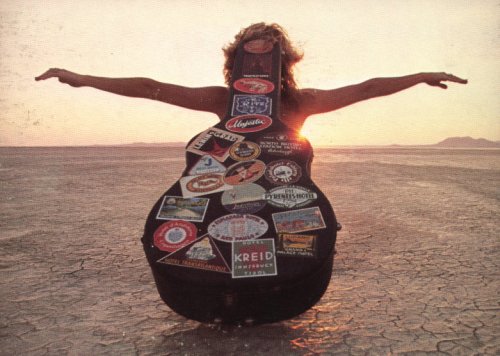 Ten years ago, on February 6, 2001, we launched Glorious Noise with this simple declaration: “Welcome to Glorious Noise. Coming soon: lots of opinionated essays and stories about how rock and roll can change your life…”

Phil then posted a follow-up: “Hey all, let’s get ready to rumble. Jake and I are taking our email argument about Britney Spears online. Be ready to argue about rock and roll, country, hip hop, pop and straight up poop. Let’s get it on!”

And that’s pretty much what we’ve been doing for the last decade. Ten years. That’s a long time. We’ve been lucky to work with tons of great contributors over these years, several of whom have gone on to real (i.e., paid) rockcrit/journalism jobs. That makes me very proud.

But now it’s time for a little break. How little remains to be seen. If Glorious Noise is to carry on, we’ve got to do some major behind-the-scenes overhaulage. We’ve been on the same web host since 2002, and we’ve been at least partially unhappy with them since 2007. And we’re still powered by Movable Type 3.36, which is old and creaky. I’m not suggesting we’re a complete tear-down, but we could definitely use a gut rehab.

Plus, frankly, after ten years I’m feeling a little burnt out from the daily responsibilities of editing and publishing an online music zine. It’s time for a break. A hiatus if you will. And while technically I guess one would have to describe the hiatus as “indefinite,” I don’t like the implication of that. I’m pretty sure Glorious Noise will be back. And when we do come back, we’ll be refreshed, recharged, redesigned, reinvigorated, and ready for another decade.

In other words, we want to preserve what is beautiful and special about the site and have it stay that way.

We’ll keep you up to date on our progress via Facebook and Twitter (for those of you not on Twitter, I created a special page for you), and in the meantime you’ll still be able to read lots of Todd Totale’s stuff on his Glam-Racket blog. And you can always sift through ten years of Glorious Noise Archives—relive the magic!

Thanks, everybody, for reading and for all the feedback over years. It’s been a ton of fun.