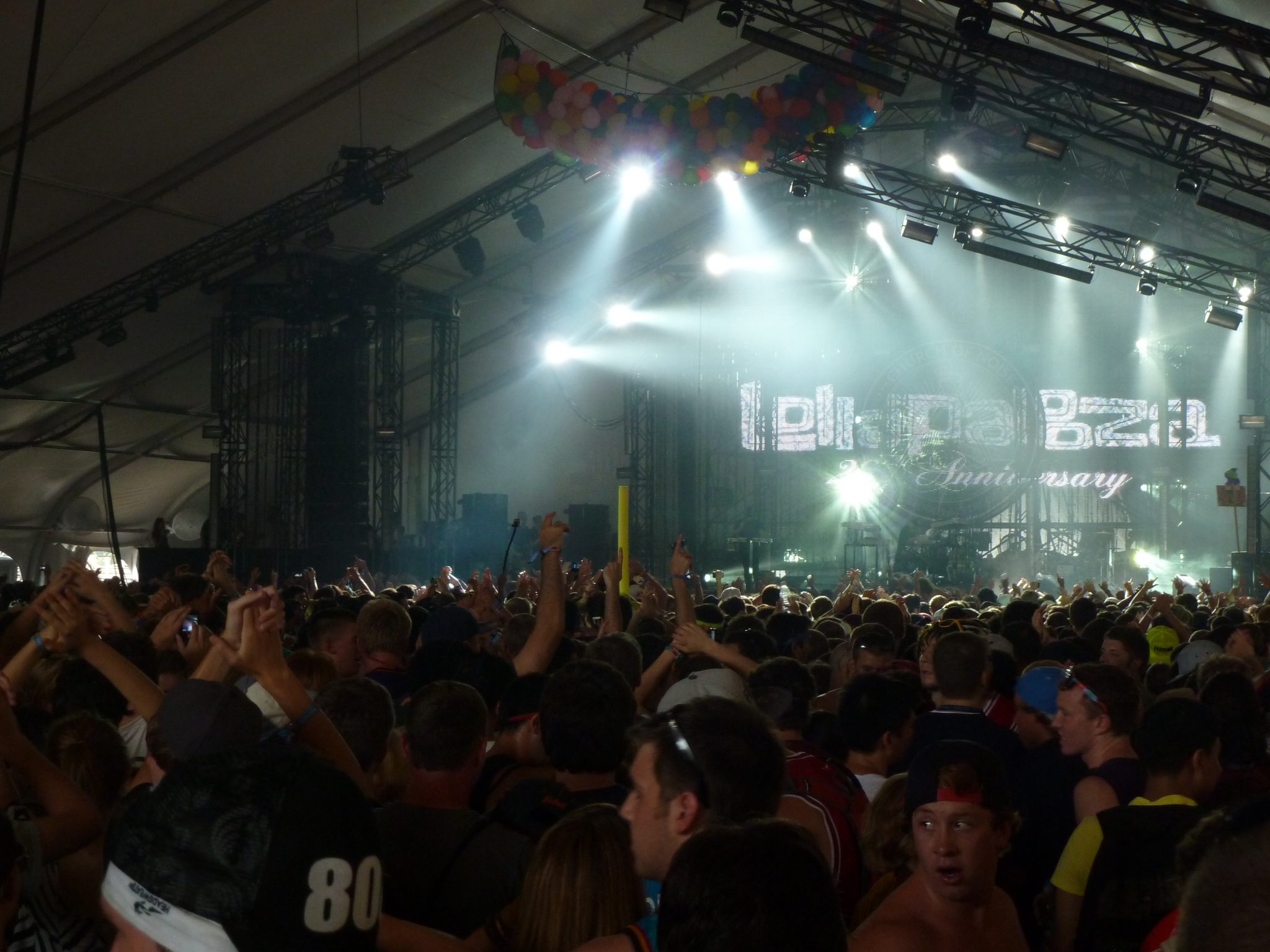 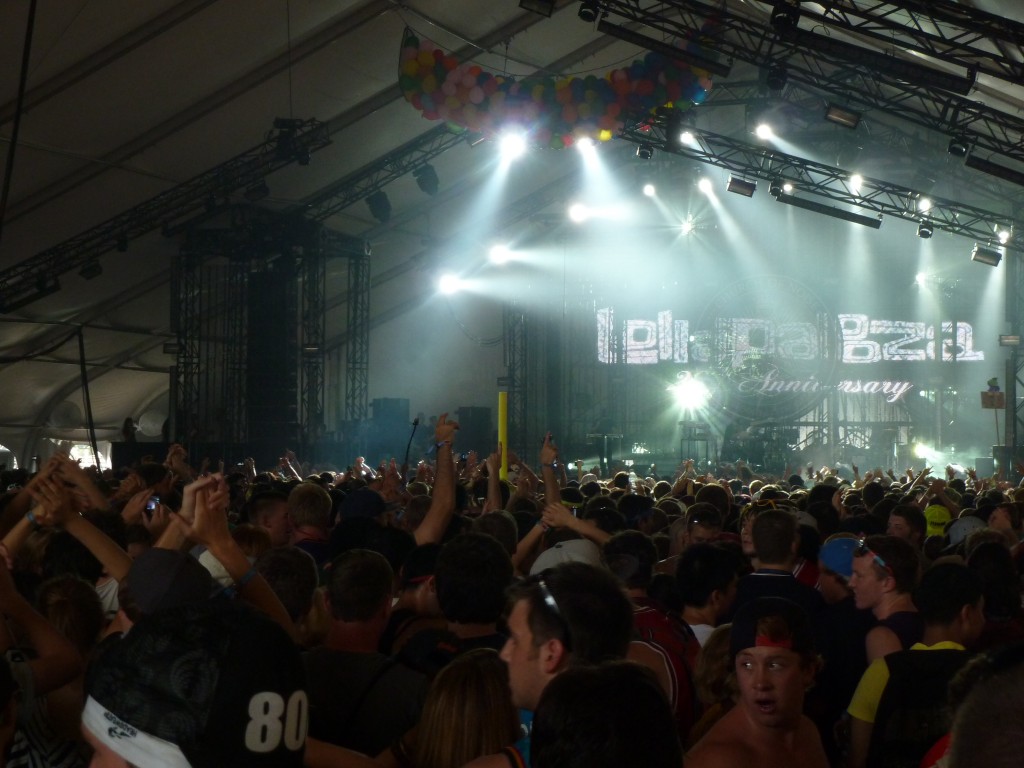 Twenty years ago, when the inaugural Lollapalooza tour made its Detroit stop, I was a 19-year-old goofball with a head full of chemicals wandering around Pine Knob, just having a good time with my friends. I don’t remember seeing any 40-year-old dudes there that year but there might have been some; there’s a lot I don’t remember about that show, like the Violent Femmes playing for example.

I also can’t remember if I was freaked out about turning 20 later that summer, the waning weeks of my teenage years.

Twenty years later, it’s easy to scoff at the kids with their filthy feet and body paint. But set aside your cynicism for a minute and you’ll appreciate the fact that a festival like Lollapalooza gets most of its energy and excitement from the under-30 set. We get older; they stay the same age. Yes they do.

I actually had a young girl ask me to buy her a beer this year. As I waffled, my man AMP shot her down with a shake of his head and a curt “No way.” Smart move. But still, I couldn’t help being flattered. Do I look like a kindly old gentleman now that I’m approaching the big Four-oh? Or just an easy mark? Aw, who cares?

I’ve gone to every Lollapalooza since its resurrection as a destination festival in Chicago. But this was my first time as a visitor after moving back to Michigan last year. It was weird not being able to crash in my own bed afterwards, but AMP took good care of us. There’s a different set of factors when you have to figure out whether or not you actually want to make the effort to travel to a music festival.

When the lineup was released, it was as weak as I’ve ever seen it. I’ve rarely been thrilled by the headliners but that’s usually made up for by an abundance of great afternoon sets. Not this time. There were huge holes in my schedule where I couldn’t care less about anything. I figured that I’d mosey around and hope to bump into something awesome. That’s how I witnessed mindblowing sets by Matt & Kim and Deerhunter in previous years. So I had high hopes despite the lackluster schedule.

Plus there was a bunch of stuff I was really excited about, mostly groups that I should’ve caught a few years ago but missed for one reason or another: Girl Talk, Black Lips, Titus Andronicus, the Cool Kids. Notice that all four of those groups had played the Pitchfork Fest recently. I missed them there, so I was determined not to let that happen again despite being relatively old news (in certain dorky circles).

And they were all great. Titus Andronicus, especially. Man, there is something about that band’s earnestness combined with their ambition that just gets to me. Every time I try to explain The Monitor to people who haven’t heard it, I feel like an idiot. “It’s a concept album about the Civil War…and getting out of New Jersey…and…girls… It’s awesome.” And finally seeing them live, they exceeded any expectations I had. It’s impossible to take your eyes of Amy Klein. She’s awesome and my wife was impressed by her cute dress.

There were other good sets too (Mountain Goats, Bright Eyes, Fitz & the Tantrums) but the undeniable truth of the event was that all the real action was happening underneath Perry’s giant tent. It was just a couple years ago that the Perry’s stage area was so small that I was able to casually stand at the very back and could still tell that DJ Mom Jeans was the guy from “That 70s Show.”

20,000 shirtless bros bobbed up and down with girls in short shorts and half shirts, pouring in and out of that area throughout the weekend. Perry’s made the rest of Grant Park feel like a tired twentieth-century throwback to a place where bearded old cavemen rubbed pieces of wood together hoping to make fire. It was thrilling to witness but impossible to fully participate in. Which is fine, of course. That’s the way it should be. You can’t trust anybody over 30, not to mention oldsters pushing forty.

It was still the most fun I had, standing at the back of the tent, soaking up the vibe from the crowd. It was mesmerizing, just watching a football-sized mass of people swaying around to the strange, futuristic beats. It’s not necessarily my thing but it’s a cool thing, and it’s important for a generation to have its own thing.

Perry Farrell clearly sees the writing on the wall. He recently told USA Today, “My mission is one day there’ll be live music on one side and electronic music on the other side. It looks like the world is really going in that direction where dance music is the new punk rock.”

A lot of my non-music nerd friends find it amusing that I continue to go to Lollapalooza. “Will you still go when you’re 60?” My stock response has always been, “Depends on the lineup.” Then again, this year I realized that even though I don’t know a Skrillex from a Modeskeletor (and I don’t really care), it can still be fun to hang out and watch the true fans get into it. I am totally comfortable with the idea of being just a casual fan of electronic music. Not sure that I’d drive for hours and crash at a pal’s house to bask in three days of it, but hey. You never know. Twenty years is a long time. 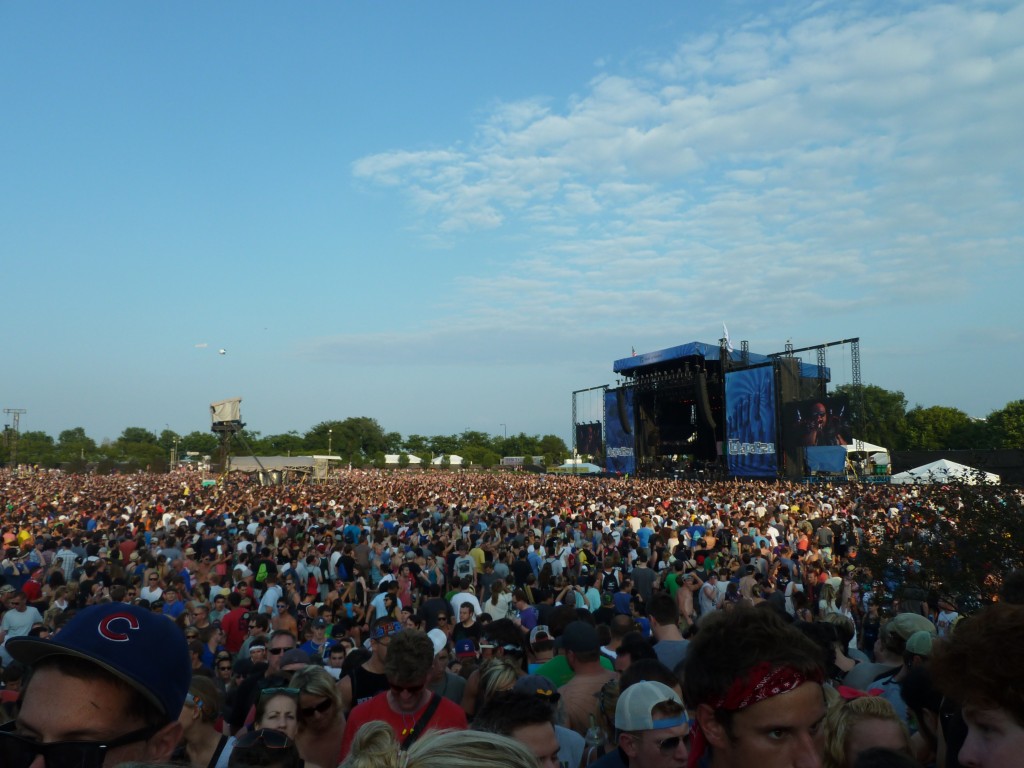 MP3: Titus Andronicus – “A More Perfect Union” from The Monitor.

4 thoughts on “Lollapalooza 2011: Escape from No Future”