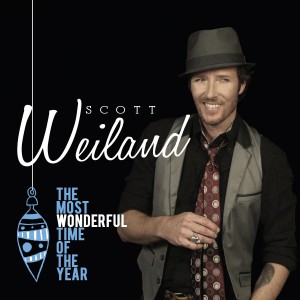 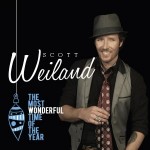 Scott Weiland – The Most Wonderful Time of the Year (Atlantic)

The very idea of a Scott Weiland Christmas album is a strange concept for some, and while I’m not a fan of Mr. Weiland’s work, at least I can grasp the notion that he recently released a collection of holiday songs after hinting at the idea for several years.

When you consider that Weiland’s been flirting with a Bowie blueprint for a big chunk of his career, it’s a given that he would eventually stumble upon the WTF moment that was “The Little Drummer Boy/Peace On Earth” collaboration between Bowie and Bing.

But what’s equally bizarre is how Weiland attempts to channel both artists in his own holiday set, The Most Wonderful Time Of The Year, and how he fails miserably with this approach.

You can judge by the cover that Weiland is attempting to paint a very 50s caricature of himself and much of Most Wonderful Time is drenched in that swingin’ motif. His band channels Dave Brubeck on “What Child Is This?” knowing very well that most of his fans think “Take 5” is just a candy bar rather than a legitimate homage to the hep cats of the Eisenhower generation.

But what Weiland doesn’t understand is the expectation that he too should provide at least some amount of effort for this record to serve as a homage instead of a reckless embarrassment to the artists he portends to honor.

The first half of the record finds Scott using lazy phrasing and a weird vibrato that’s either trying to mask his inability to find the correct pitch or, in fact, actually causing his struggles with staying in tune. I have no idea about Mr. Weiland’s current state of sobriety, but I can tell you that after hearing this vocal styling, it reminded me of my grandfather trying to sing “How Great Thou Art” with my grandmother on organ after too many cans of Hamm’s beer.

The Most Wonderful Time Of The Year can be described as an existential cry for help. His intent and the performance of his band clearly indicate a level of respect for material, but it’s Scott’s own performance that demonstrates an inability to devote a level of professionalism to even make this seem like a legitimate release.