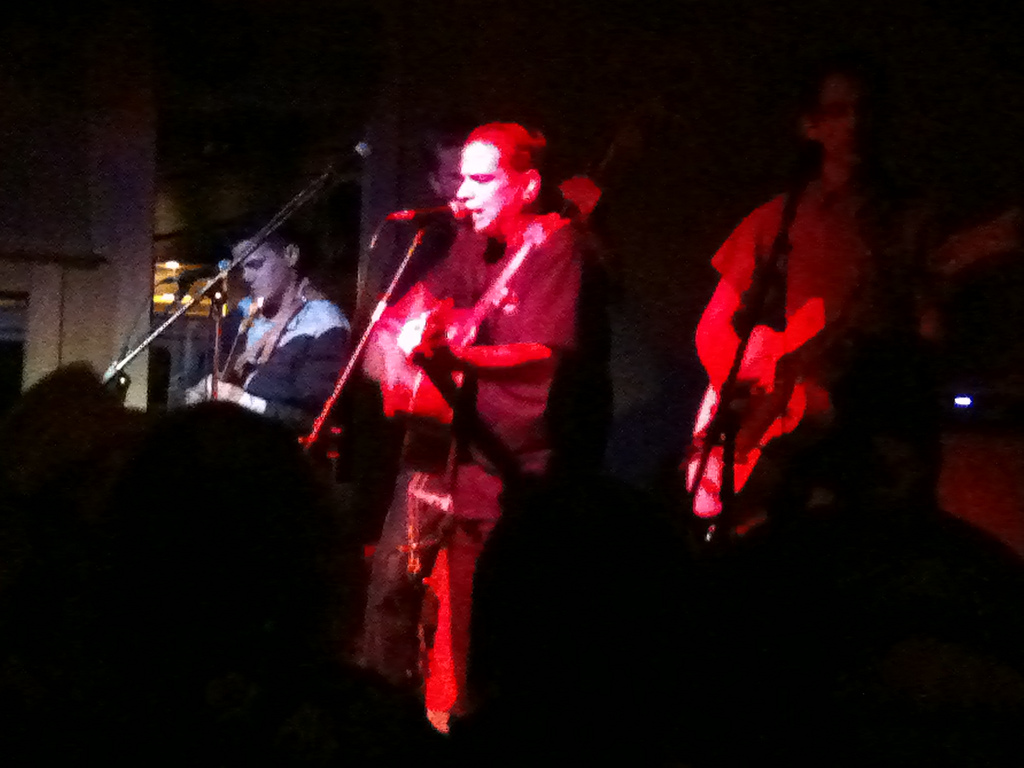 Play Till You Die.

That’s Wayne “the Train” Hancock’s motto. And by all appearances, he’s living it.

He’s back on the road after having to cancel a bunch of dates this summer “to enter a comprehensive residential rehabilitation program.” The last time I saw him in concert was over ten years ago, and back then he joked about his clear-headed sobriety and sang, “I’m a double A daddy / I’m sober all the time.”

Who knows what’s changed in his personal life since then, but his music is as powerful as ever, proving you don’t need drums to make a bad ass rock and roll ruckus. Flanked by two lead guitar players and an upright bassist, Hancock beat the hell out of his acoustic guitar and nodded instructions to his players. Another solo from the hollow body. Now one from the Telecaster. And now back to the chorus. He’s a true bandleader making decisions on the fly, reading the pulse of the room and controlling it.

The downside of that level of spontaneity is that there were more than a few false starts with some songs being abandoned altogether halfway through. Hancock is a charming enough frontman to laugh off these rusty missteps, but it made me a little nervous. Sure, he was playing in a tiny little bar without a real soundboard and no actual stage to speak of, but still. I’m pretty sure Hank wouldn’t have done it that way.

There were jokes about an upcoming divorce and about maybe needing some reefer, and I realized what a commitment “Play Till You Die” really is. Hancock’s not fucking around. He takes this shit seriously and his music deserves a much bigger audience. I’m thankful that we have a place in Grand Rapids like the Tip Top to book groups like this, but this guy should be playing to huge crowds of adoring fans. It’s a damn shame there’s absolutely no place in the country music establishment for someone like this.

I realize that nobody gives a shit about the concept of authenticity these days, but Wayne Hancock is the real thing.

One thought on “Wayne Hancock Live in Grand Rapids”