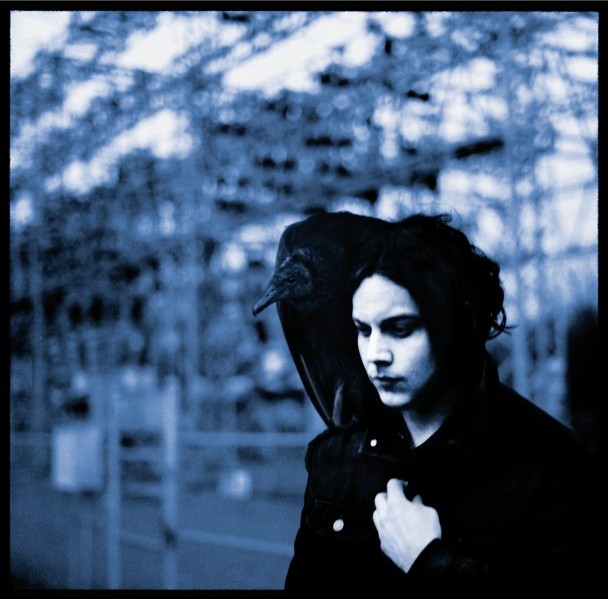 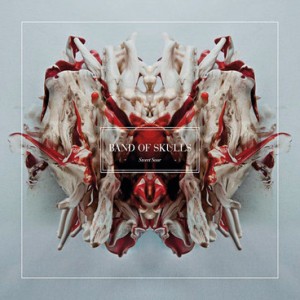 When the White Stripes quietly called it a day last year, we were in still in the glow of Jack White’s many side-projects and production credits to really allow the news to sink in.

If the idea of a Stripeless world has finally got you down, a quick scan of the college radio playlists show there are plenty of suitable facsimiles. One of the better ones, Southampton’s Band of Skulls, released their sophomore album earlier this year, Sweet Sour, a  record of consistent vintage gear blooze and bare-ass arrangements that point to an obvious indebtedness to White.

And then there’s Jack himself, foraging out into the solo abyss with Blunderbuss. Named after an old firearm, White checks to see if his aim is true when delivering a full length’s worth of music as attention grabbing as his previous explorations.

Band of Skulls seem content on building on White’s Dead Weather era, complete with a punchy power trio format and a young woman by the name of Emma Richardson to add a bit of sweetness to the crunch of their cavestomp.

Sweet Sour pines for the most basic of hooks, with frontman Russell Marsden following the always welcomed tradition of the Malcolm Young School of big riffs. Drummer Matt Hayward keeps everyone in line through the intimidating power of his four-speed rhythms, allowing Marsden’s chords to take center stage.

Like AC/DC, or even Dead Weather if you want to get down to it, Band of Skulls find the challenge is to find something lyrically worthy to make such a temper-tantrum with their guitars. After a bit of head-nodding, you begin to realize that the choruses are nothing more than clever song-titles repeated and their more somber moments sound like Marsden and Richardson’s brooding over endless loops of the acoustic guitar part of Zep’s “Babe, I’m Gonna Leave You.”

You have to squint to see the cracks in Sweet Sour, and I am sure it will play nice in the various movies and commercials these tracks will inevitably get licensed to. There’s just really nothing more than the competency it exudes, forgoing any attempt to challenge the blueprint and prompting Sweet Sour to wallow in the very same indecisiveness that even its title suggest.

Is it sweet? Is it sour? No, it’s something bland and of little character from a power trio who seems too concerned with their own career path than really letting their heart show. Even the mistakes this album claims to have, seem intentionally placed just to give it a bit of dusty charm and by the end of side two’s slow tempo fade, you’ve already forgotten how good some of the riffs really were on the previous side.

On the other hand, Jack White is firmly committed to making his first solo effort a stark departure from his other work, exiling the riff for big, basement arrangements with emotional openness and a willingness to try new approaches. There’s no need to amend for any certain style when there’s a clean canvas with each new song, and White is clearly using different colors than he’s done in the past.

The stupid zip-gun guitar tone makes another unwelcome return, but making up for its presence is a solid-slew of new rhythms, surprising arrangements (the female vocals to Rudy Toombs “I’m Shakin’” are wonderful) and some of White’s most personal work to date.

One of the most prominent instruments throughout the record is his use of the upright piano, which adds to the homespun feel of Blunderbuss. It also cuts down on the need for White to embellish on his previous instrument of choice and add things like pedal steels, fiddles, Hammonds, and any other vintage instrument that he’s found in Nashville’s ample pawn shops.

Each vintage tone seems to be placed in the right environment, bridging the gap between the records he’s trying to emulate and the clever ways he works to get new listeners--hopefully younger ones--to open their minds to the tones of his influences.

Blunderbuss confirms White’s place within rock’s current royalty, and it marks a clear transition from White the band member, or even band leader, for that matter. The record is intended as a subtle departure from the sounds and tones of previous commitments, setting on a new direction where arrangements are carefully considered as well as the instruments that fill in the space.

The difference between the two offerings, other than the direct link that White provides? Band of Skulls seem intent on parlaying their blooze into bankroll, looking for their place next to other garage practitioners on the echelon of notoriety.

Meanwhile, Jack White seems to be making records that will match up next to the long players in his own collection, its success measured by the records it prompts you to discover.