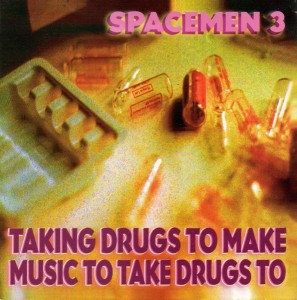 I found some socks in my drawer that I didn’t recognize.

I think of socks as a utilitarian article of clothing, something that should relatively match in color the other aspects of the wardrobe, while not distracting from the ensemble through pattern or design.

So, whose fucking socks are these?

I’m happily married now, but there was a time that I wasn’t happily married, albeit to someone different. I know that every divorce is different, but those who have experienced it understand its toll. And part of that is your mind’s ability to block out moments of time in your life while still remembering that there are big gaps in your mind that are still accessible.

It’s unfair to deny yourself your own history, but it’s a defense mechanism that prevents you from ultimately remembering the outcome of that part of your past: the divorce. With a little bit more focus, I remembered how these curious pair of socks was left behind in a bedroom set that I moved with me after the divorce was final. I didn’t think about it at the time, I just threw them in a laundry basket while I removed the shelves from the highboy to make carrying that monstrosity much easier.

The walnut bedroom set was that of my grandmother, so I dutifully wrote it down on my list of things that I felt I was entitled to when we began the process of identifying property ownership. I also put down the musical instruments (except the longhorn bass I bought for her and the SWR amplifier), the memorabilia from various rock shows, my library desk and chair, and, of course, the entire remnants of our music collection. It was easier to identify “her” titles, but I found a bit of resistance when she tried to claim that those records that she actually purchased for me were actually hers since she paid for them.

I successfully pointed out the lunacy of such a claim, secretly worrying that she would be walking away with my rare copy of Captain Beefheart’s Lick My Decals Off, Baby–a record she most assuredly wouldn’t appreciate.

Thankfully, we compromised on all of this quickly. I was in no mood to communicate with her, let alone barter, and I understood how utterly ridiculous this would all look from the outside.

We would be arguing over records.

Months later, when the collection was secured and transported to my new home, I took time in making sure everything was in its right place. I alphabetized the collection, taking mental inventories of the various artists and putting their catalog in chronological order.

In some instances, it’s harder to do this, particularly if the artist was short-lived, but their posthumous catalog kept growing.

I found this out when getting to the Spacemen 3 section.

Spacemen 3 weren’t together all that long, releasing around a half-dozen records during their actual existence while watching their offerings increase after they broke up, thanks to the introduction of live recordings, demos, and unreleased material.

Should I put For All The Fucked Up Children Of This World before Sound Of Confusion since it features demo recordings from before those sessions, but was released well after the debut? Should I put my copy of Taking Drugs To Make Music To Take Drugs To ahead of…

Where was my copy of Taking Drugs To Make Music To Take Drugs To?

I went through every title in my entire collection again to see if I had misfiled it. All of this must sound incredibly compulsive, but trust me, it is so much easier to find if you suddenly have an urge to hear the demo version of “Feel So Good” instead of the proper studio version. It’s right there, no waiting, no searching.

Several months later, my newly christened ex-wife called me in my new home one evening. I would typically let calls like these go directly to voice mail after discovering that we really didn’t need to communicate, except through lawyers, and that any attempt at rational conversation would just escalate into her screaming at me.

For some reason, I answered the call.

She was moving out of our old house, and that meant we’d need to sell it.

“I found an old Spacemen 3 record in the computer room,” she told me.

“I’ve been looking for that!” my voice blurted with obvious relief. “Can you send it to me?”

It was obvious to her how important this record must have been to me and this clearly gave her some additional power.

My head filled with rage as I understood completely what she was doing. Nonetheless, I felt compelled to quiz her on the history of Spacemen 3 (“What’s Sonic Boom’s real name?!”) and point out that she had no clue to who they were before meeting me.

“But I bought it for you,” she fired back, “and now I’m keeping it because I paid for it.”

There were miles between us during this phone call, but I could see her smile with delight as if she were right in front of me. She had me. She began to suggest that I had obtained all of the items I was entitled to. There would be no discussion of additional possessions that I failed to acquire when I moved out.

I could hear her laughing as I sputtered out excuses at how this had turned into a very immature dispute. “What could you possibly want from the 1985 demo sessions by the Spacemen 3?” I desperately asked.

“I’m fucking with you!” she offered after a good chuckle. “I’ll put them in the mail on Monday.”

Taking Drugs To Make Music To Take Drugs To sits next to the other titles in my Spacemen 3 collection today, a rare title where the incidents around the record are more notable than the music contained within it. It may not be the case for other listeners, but for me, the act of possessing it far outweighs the performance. I’d heard these songs before, and in most cases, much better versions. But if you’re a completist, that’s beside the point.

The original intent of the record was to fill in the gaps, but it turned into a verifiable battle of the sexes. A footnote to a failed marriage as recalled by a stray pair of argyle socks found in my drawer this morning.

5 thoughts on “Losing Touch With My Mind: Socks, Spacemen 3 and Iowa’s No Fault Divorce Law”