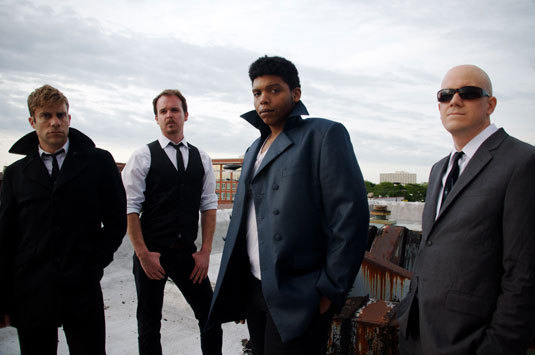 Below are the answers from JC Brooks and the Uptown Sound. The answers were a group effort completed while in the tour van traveling across the country.

Guys with ponytails and see-thru tiger shirts. I.e., Ever been to Florida?
(pic included)

Our coffee maker/make up artist Beans.

James Blake. I paid him to come to my apartment, sit cross legged before me, and seduce me with his ultra repetitive slow jams.

Well we had to cancel our co-headline Tour of The Dells with Aerosmith.

Rise up and crush your oppressor!

man lacking in pony tails and see through tiger shirts.