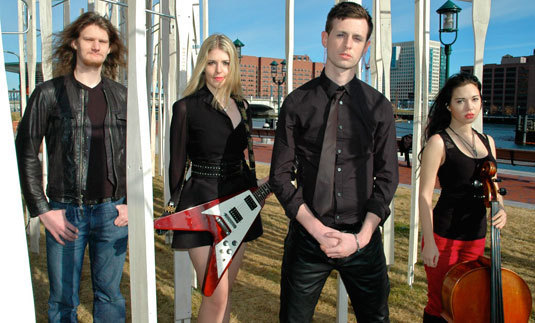 Here are the band’s answers.

Meeting new people that you would never have run into otherwise. Other than that we don’t know because we’ve never played one before!

Constant swamp ass at the open bar, not being able to see all the bands you want to hear.

We’ve collectively attended Lollapalooza, Warped Tour, Ibiza 123, SXSW, Rock in Rio, Mayhem Festival, Summer Slaughter, Ultra, and the notorious Petapalooza. Carson once went to a garlic festival with his aunt and grandma. We’ve also been to several sausage festivals. And by sausage festivals we mean Ozzfest.

Bhaktivedanta Swami Prabuphada. Chanting for 24 hours cross country. He’s not coming to Lolla with us.

It made our whole band cry. It was disgusting.

Why do you live there? (Eden’s from Ohio)

Perry Ferrell is the name of our band fish. We love him very much. Hopefully he’s still alive when we get back from Lollapalooza.