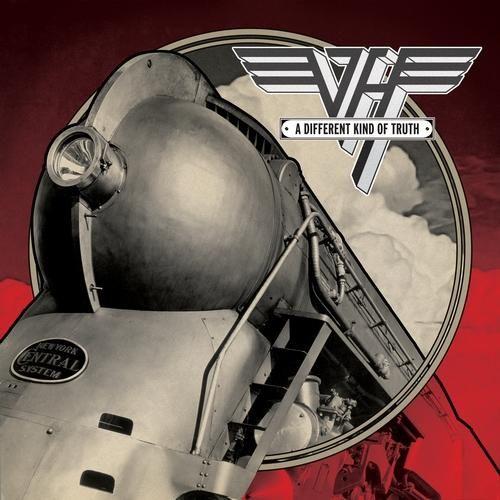 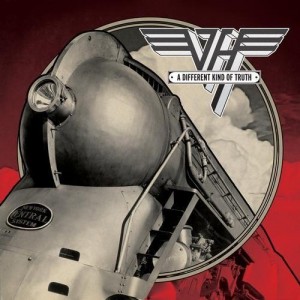 “Told you I was coming back,” deadpans David Lee Roth on “Blood And Fire,” one of the thirteen new tracks from A Different Kind of Truth, the band’s first album in 28 years. Thank God, Van Halen fans deserve this moment for all they have been through. And more importantly, they deserve a decent moment, not something slopped together as icing for the cash cow that will be their 2012 tour.

And decent it is. In fact, it is better than anyone expected, even those of little faith who spoke disparagingly of the leadoff single “Tattoo.”

In fact, “Tattoo” is the worst song on the album, and if you can make it through “Stay Frosty” without smiling — the improbably awesome reprise to “Ice Cream Man” — then there is no saving you from your own jaded pretense. The reality is that something special happens when the atomic explosion of Eddie Van Halen’s guitar work and Diamond David Lee Roth’s front man jive collide. It is a thing of beauty and A Different Kind Of Truth only confirms that.

For me, it is clear that all the closet cleaning that people were so freaked out about served as a benchmark for this reunion. The selections they chose were a reminder of those club days before they became successful. They represent a time when they were hungry, before the drama set in and they could all agree on working together for one common goal.

A Different Kind Of Truth finds every member doing their fucking job. Each one of ‘em — including Wolfie — seems intent on making sure they weren’t to blame if this whole idea ended up in the shitter. Every member delivers, and the venue they chose to display their hard work is an aggressive one. There are few moments that I remember hearing a keyboard, and there is no room in their arrangements that allow for an “I’ll Wait” power ballad. It’s unadulterated hard rock music, and every one seems nimble, chomping at the bit to knock the chip off our collective shoulders.

If you want comparisons, A Different Kind Of Truth tries hard to reach the punchy deep tracks of Women and Children First while delivering more consistent winners than II or Diver Down. It’s about three songs too many from ranking alongside their classics, but one of the only things preventing them from reaching that plateau is that our heads are no longer blown away like they were when Eddie was fingertapping his way through our earholes the very first time around.

Yeah, you miss the high harmonies of Michael Anthony and, yeah, Diamond Dave’s lost a high note or two, but if you approach this album expecting an embarrassing money grab you will immediately discover that Van Halen is actually trying to add something to their catalog.

Roth sounds a bit more humbled, older and wiser at times. He uses that low gruff voice a bit too much, something that he started with “Me Wise Magic” during the brief mid-90s reunion, and Eddie carries his ass when it gets a tad bit creepy on “Honeybabysweetiedoll.”  But in the end, there’s an exuberance in his performance that hasn’t been heard in years.

Same with Eddie, who seems hell-bent throughout A Different Kind Of Truth on getting back on top of those guitar magazine polls by pulling out mind-blowing solos in every nook and cranny available.

Even Alex, particularly on the intro to “As Is,” channels the best Ginger Baker his old balls can muster and even gives nephew more cowbell while he unleashes some nice fuzz bass guitar on the terrific closer “Beats Workin’”

As a matter of fact, the last three tracks on A Different Kind Of Truth are just as good as anything in the band’s original cannon, and it’s totally obvious that some of these songs actually are part of the original black powder.

They’ve done something very impressive with it, namely adding to the band’s winning streak instead of further tarnishing the band’s legacy. Equally important, it validates the fact that this band has chemistry with this particular vocalist and that we now have a chance to look forward to watching Van Halen fulfill their unrealized potential.

5 thoughts on “Van Halen – A Different Kind Of Truth”