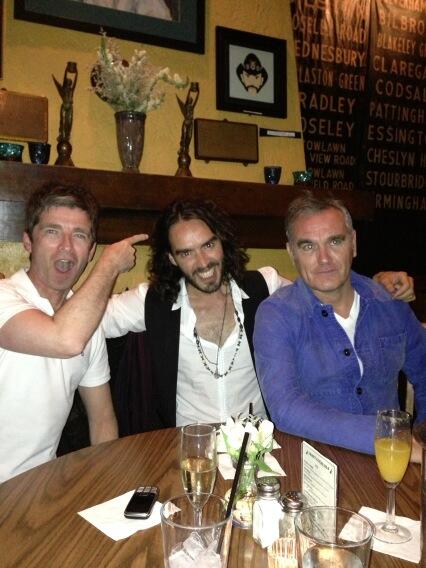 Look at this picture and just imagine the comments. Imagine being a poor soul with ugly shoes who happens to pass by. The insults would be earth shattering. Mozzer, Russell Brand and Noel Gallagher all passing judgment on you in a public space? It’s just too much.

But now imagine that rhetorical arsenal put to work for good. Imagine these were the judges of a nationally televised talent show. Forget American Idol or The X Factor or America’s Got Talent…this is Fuck Off The Stage!

Act after act would come out to perform their bit and then stand there as these three loudmouths dress them down for the entertainment of millions. Mozzer’s turn-of-phrase, Noel’s Northern English verbal blunt trauma, Brand’s…Brand-ism. The horror!

And the best part would be that nobody wins…ever. The season would end with no winner, no big finale…just those three guys having pints and talking shit. THAT I would watch.

One thought on “Introducing Your Judges”