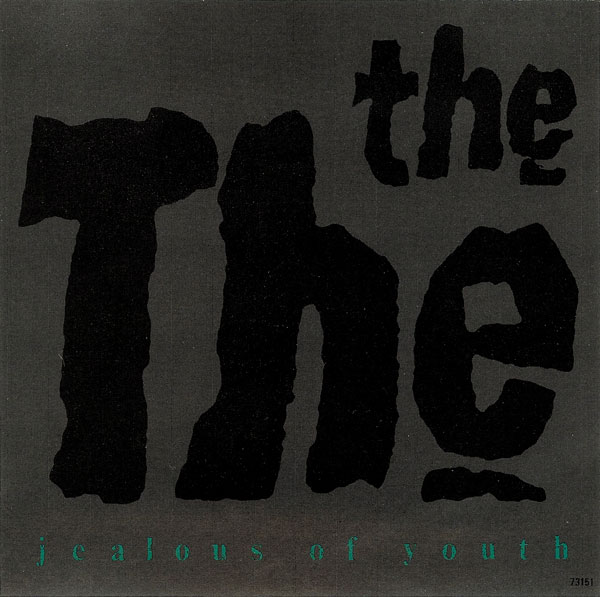 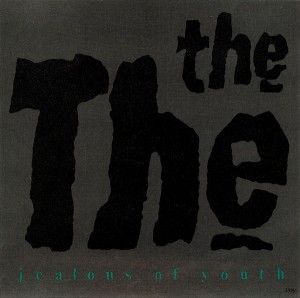 I loved that song when I was 19. I worshiped the Smiths in high school and followed Johnny Marr’s career when he split the group. Pretenders, Talking Heads, Kirsty MacColl, even Andrew Berry and Stex. If I read about a Johnny Marr project in an imported copy of NME, I bought the 12″ at my local record store.

But The The’s Mind Bomb was something else. It lived up to its title. Mind Bomb blew my mind. My 7″ of the lead single, “The Beat(en) Generation,” had not prepared me for the heaviness of the album that followed. Matt Johnson’s lyrics expanded my idea of what subjects rock and roll could take on. From religion and terrorism to lustful, crippling possessiveness, Mind Bomb was unlike anything I had ever heard. And I became obsessed.

My best friend Phil and I drove across the state to see them at the Royal Oak Theatre on the “The The vs. the World” tour. We got there way too early and ended up in a guitar shop where I bought a vintage hollow-body Gibson. I thought if I had a really cool guitar then I would surely learn to play it. (Still hasn’t happened.) I bought a tour program and we waited outside by the tour bus after the show and I got Johnny Marr’s autograph as he left the venue. I was starstruck and delirious. Emboldened by my brush with a hero, on the way to the car I kissed a girl I had just met while waiting in line.

This night was clearly worthy of nostalgia.

Shortly after Mind Bomb, The The released “Jealous of Youth.” The chorus goes, “Now the autumn leaves are turning to the color of rust, I’m getting jealous for youth’s first yearnings for lust. I wanna live, but I ain’t a big enough man to do anything other than think.” Matt Johnson was 29 when this song was released.

I was 19, but I connected with those lyrics. Deeply. I truly wanted to live and have crazy experiences like my night in Royal Oak. But I was tied down by a feeling of awkwardness and a shyness that, looking back, really was rather vulgar. Not criminally so, but still.

My big problem was that I was preternaturally nostalgic, especially for my age. I joke that I had my first mid-life crisis at 15 after experiencing the shock of seeing what Davy Jones looked like in 1987 after months of practically falling in love with him via Monkees reruns. But it wasn’t funny. I feared the aging process.

In college lots of kids look back to the quirky pop culture of their childhood with innocent fondness. It’s why 80s bands covered the Sesame Street theme. Remember Ben Stiller’s plastic Hulk bank in Reality Bites? And his character wasn’t even the cool one!

Throughout my twenties and most of my thirties, I continued to worry about how old I was getting and how young I used to be.

But at some point I realized that in ten more years I’m going to look back at myself now and think I was young. So I might as well live it up. The past is fodder for fun stories, but I try to no longer waste any time dwelling on it. Or at least wishing for it. I’m happy now. I’m getting older every day. Which is a lot better than the alternative. Not to get all Bobby McFerrin on your ass, but life is good.

You see, I am not genetically predisposed to longevity. My dad died at 38 when I was 10 and my mom died twenty years later at 54. I’ve already had more time than my dad got and I try to appreciate every day.

So I try hard to fight nostalgia. It doesn’t come naturally to me, but it’s a goal.

There’s a line from a Mountain Goats song that serves as something of an antidote to my tendency toward nostalgia: “If we get our full threescore and ten, we won’t pass this way again. So kiss me with your mouth open.” You’ve gotta live your life right now, everybody, because you might not get as many tomorrows as you think.

My mom’s last words were “Down the hatch!” She was referring to her final dose of meds, but I’ve reclaimed it as a toast. And these days I’ll raise my glass to the future and maybe occasionally pour a little on the curb for the past.

Audio: The The – “Jealous Of Youth”

the The - Jealous Of Youth

One thought on “Not That Jealous of Youth Anymore”