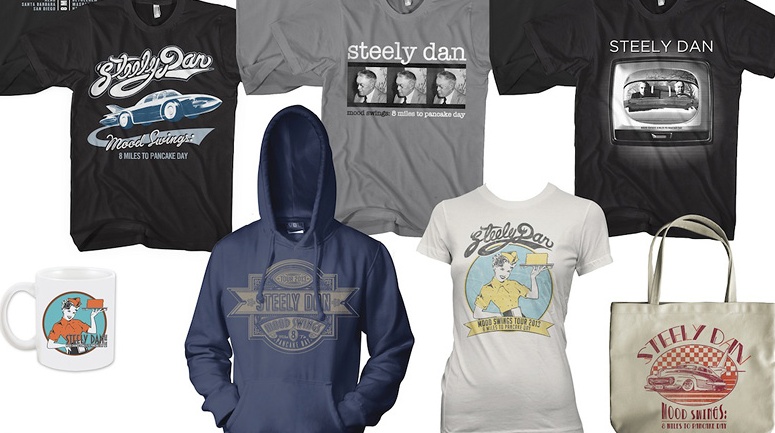 I suspect this may be the last time that I see Steely Dan in concert.  And the reason is simple: They are growing old.  And when you grow old—Fagan is 65 and Becker 63—things don’t work quite as well as they did as when you were young.

Fagan’s voice isn’t as strong as it once was.  Becker availed himself of a chair on stage not long into the performance.  Fagan’s voice actually got better, by and large, as the evening went on.  And Becker got up off his seat sooner, rather than later.

Those guys have been performing those songs for a long time.  And while practice doesn’t necessarily make perfect, it does make better, which compensates for the loss in performance capabilities.  More or less.

Mind you, it isn’t that this may be the last time because they are growing old and I somehow think that I’m not and consequently I don’t want to see gray-haired or hair-challenged,  increasingly thick musicians.  After all, I enter into that category, as well.

But I just wonder whether those two are going to continue against nature and continue to undertake the unnatural touring life for much longer.

And I must admit that were it not for an absolutely astonishing back-up band, who did much of the heavy lifting (especially Jim Beard on keyboards and Jon Herrington on guitars), it would have been a less-than-stellar evening’s performance at Ticketmaster prices.

This is something that truly puzzles me.  Why do we go see bands like Steely Dan?

The last time they put out an album was 10 years ago.  Everything Must Go.

The band has been putting out records since 1972.  In 1980, Gaucho was released.  Then, there was pretty much a Steely Dan hiatus until 2000, with Two Against Nature.  There were solo efforts and the Alive in America recording (1995), but 1980 was something of an end point, it seems, as regards Steely Dan.

There was nothing older than selections from Gaucho played at the concert.  There were all manner of the tried-and-true from the other discs.  “Show Biz Kids.”  “Deacon Blues.” “Peg.”  “Reelin’ in the Years.”  Etc.

So there we were, listening to 30-year-old musical selections, music that we’d all heard, literally hundreds of times.

Somehow this seems a little odd.

There were but minor variations from the way we were used to hearing the music.  Which means that it was little different than what those of us who were at the Fox two years earlier had heard.

If someone said, “So, are you going to see an oldies’ show?” we’d be miffed.

But isn’t that what it was?

While the name of the band is, of course, Steely Dan, it could just as well have been Fagan & Becker.  After all, those two are the only points of commonality throughout the band’s career.

It reminds me, in a couple of ways, of Hall & Oates.

In the cases of both sets, they are more successful musically together than they are apart.  Sure, there are some good things on Nightfly as there are on Sacred Songs.  But still, together is better.

And when John Oates steps up to the mic for a lead vocal, a bit of cringe sets in.

A bigger cringe sets in when Walter Becker goes to the mic.

He sang “Monkey in Your Soul” from Pretzel Logic.  And something happened that I have never experienced at a concert.  Never.

When he was done, there was no rousing round of applause.  There was little applause at all.  It wasn’t because it was horrible.  It was just as if people weren’t really sure if they were done, if the song was over.

It must have been offsetting to Becker.  Had I been under similar circumstances, I would have probably wandered off the stage not to return.

“We’re in Detroit, so we’re going to play the blues.”  And they launched into “Black Friday.” Presumably, this has something to do with the bankruptcy:  “When Black Friday comes/I’ll stand down by the door/And catch the grey men when they/Dive from the fourteenth floor.”

“Thank you.  We really appreciate it. . .we’re getting old.”  He was thanking the crowd for their strong ovation before kicking into “Kid Charlemagne”: “Could you live forever/
Could you see the day /Could you feel your whole world fall apart and fade away.”