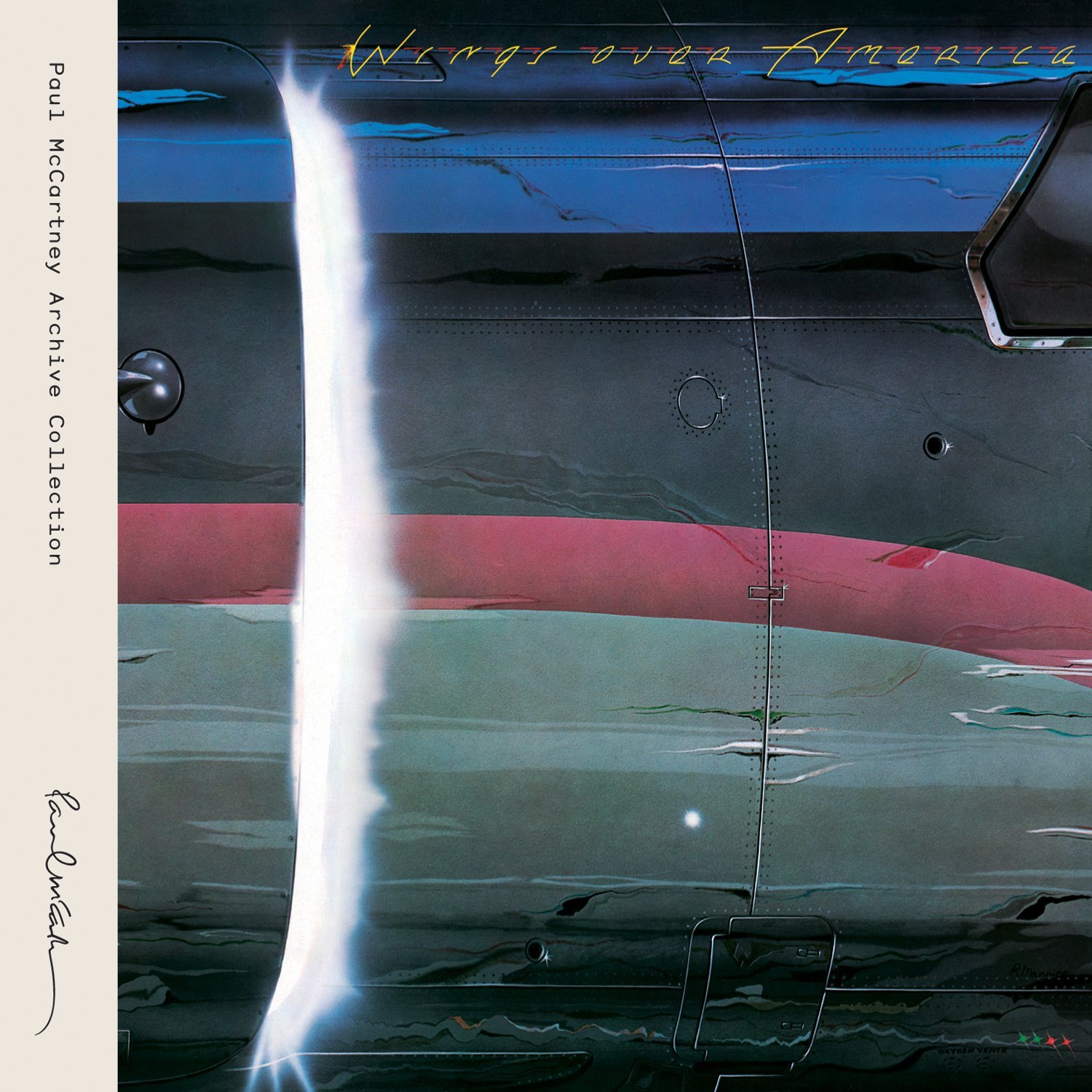 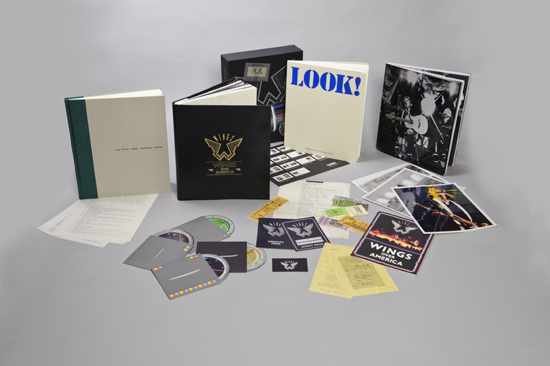 Concord Music Group’s reissue campaign of the Paul McCartney catalog continues on May 28 with 1976’s triple live album, Wings Over America. This will be the fifth release in this series following Band On The Run (2010), McCartney and McCartney II (both 2011), and Ram (2012). All of those have featured excellent remastering and presentation. Bonus tracks have been a little skimpy, but the focus of these reissues seems to be presenting the official recordings with the best sound quality.

Wings Over America is a great 70s live album, but I’m most excited about the DVD/Bluray release of the concert film, “Rockshow.” When we were in high school, GLONO co-founder Derek Phillips and I rented this movie from Crazy Larry’s and watched it in his parents’ basement shortly before watching 80s sex comedy “Hard Bodies” (“HEY DORK EAT ME”). I haven’t seen either movie since then.

Wings - 'Wings Over The World' Extract

Take Flight Again in 2013… With Wings over America

This Spring will see another chapter unfold in the life of Wings, the band formed by Paul McCartney after the break-up of The Beatles – and one of the most successful bands the UK has ever produced.

First, the historic live album, which documented the band’s triumphant 1976 tour across North America, will be reissued in a range of formats. Fans and hardcore devotees alike will be especially thrilled with the stunning four-book, four-disc (3CD, 1DVD) Deluxe Edition Box Set. The box set’s superior audio and video include the two-disc Wings over America album remastered at Abbey Road, a bonus audio disc recorded live at San Francisco’s Cow Palace, a bonus DVD containing the rarely seen 75-minute television special Wings over the World and the photo gallery montage entitled ‘Photographer’s Pass’. Moreover, the Deluxe Edition Box Set contains four exquisitely rendered art books packaged with an incredible array of exclusive memorabilia, souvenirs, mementos, keepsakes and never-before-seen photos and art work from this historic tour. The spectacular 110-page commemorative tour book beautifully recounts the behind-the-scenes drama through dozens of live performances and backstage photos along with new interviews and liner notes from eminent music journalist David Fricke. The Wings over America leatherette-bound ‘Tour Itinerary’ contains extravagant memorabilia including printed 8X10 glossy band photos, a backstage guest pass, facsimiles of the invitation to the infamous end-of-tour party at the Harold Lloyd Estate in Beverly Hills along with Wings over America concert tickets, original album art work, tour posters, set lists, lyrics, press materials and much more. ‘Look’, the box set’s warm and intimate book of Linda McCartney photography features Paul and the band in their everyday life as they made their way across the country in the spring of ’76. Lastly, the set contains ‘The Ocean View’ an extraordinary hardbound compendium of drawings and sketches by artist Humphrey Ocean that captures the band on tour in relaxed and revealing ways. A striking artistic achievement in and of itself, the audacious Wings over America Deluxe Edition Box Set is a must have for any McCartney enthusiast.

And for the first time a DVD will be released by Eagle Rock of the live concert film Rockshow which was shot in 1975 and 1976 when Paul McCartney & Wings undertook the epic Wings over the World tour--the largest-scale tour they would ever undertake as a band. Packed with all the classic Wings hits – plus some of Paul’s solo and Beatles classics – the film is released on both DVD and Blu-ray formats. Although filmed on this tour at the enormous Kingdome in Seattle, Rockshow, originally an edited version of the concert, was not premiered until November 1980 in New York and April 1981 in London. It was originally released on Betamax (later on laserdisc) but it’s only now that the complete full-length concert is being made available fully restored from the original 35mm film and with restored & remastered sound, including a 5.1 mix for the first time.

And then third, but by no means least, Eagle Rock has partnered with distributors Specticast who are releasing the film theatrically worldwide for a ‘one night only’ event’ on May 15th (see here for more details: http://rockshowonscreen.com/) – meaning the film will be shown in more than 500 theaters across the world! The theatrical release features an exclusive introduction with Paul McCartney, but there will also be an exclusive VIP premiere screening of Rockshow, with Paul in attendance and introducing the film, at BAFTA on 15 May 2013.

For Wings Across America Paul brought with him one the most sophisticated and dazzling rock shows of the mid-Seventies (a time when nobody worried about extravagance or expense) and the band would eventually perform to more than 600,000 people at 31 shows in the US and Canada, ending with three mind-bending nights at The Forum in Los Angeles. It’s no exaggeration to say that the demand that greeted Paul McCartney & Wings (Linda McCartney, Joe English, Denny Laine and Jimmy McCulloch) in the spring of 1976 as they embarked on what would become their one and only North American tour was overwhelming. Having released four consecutive chart busting albums including Red Rose Speedway, Band on the Run, Venus and Mars and Wings at the Speed of Sound – not to mention 1973’s Academy Award-winning James Bond theme “Live and Let Die” – Paul’s solo career was in full flight… and having not performed in the States for 10 years either solo or with The Beatles, excitement had reached fever pitch.

Now Paul gives fans the chance to be able to immerse themselves in a concert that is destined to live forever.