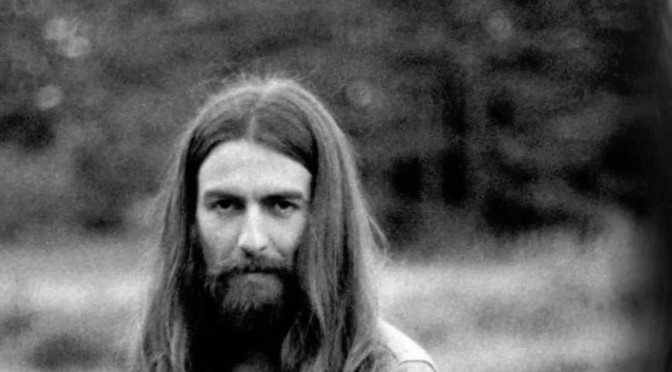 My favorite is definitely Dhani Harrison’s version of “Let it Down” from All Things Must Pass. Dhani is in the lead for my nomination for Upright Standing Man of the Year for his devotion to his dad’s legacy.

Wrapping up is Norah Jones, whose father Ravi Shankar was a close friend and mentor to George Harrison. It’s a really nice tie-in to his history and personal relationships and a very, very pretty version of one of my favorite dep cuts.

So, you might be asking: Why is Conan even having a George Harrison Week? I mean, it’s nice and all and he’s surely a fan, but why now? It might have something to do with this week’s release of the new box set George Harrison, The Apple Years 1968 – 75. Whoever came up with this bit of promotion should get a raise because it goes so far beyond dopey old advertising and into creating something new and interesting in support of a record release.