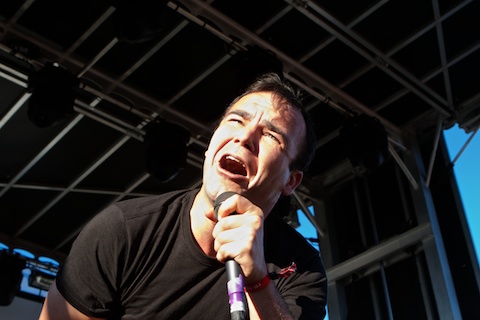 So, while the world is focused on the next Black Keys album full of douche-y anthems or Kanye’s increasingly nonsensical party jams, I’ll be refreshing YouTube clips of Samuel T. Herring beat his chest and drool like a spastic on Kimmel, or Fallon or Letterman or wherever his black t-shirt takes him. Because he’s been waiting on you. You-oo-oo.

4 thoughts on “Future Islands and the Cult of Samuel T. Herring”