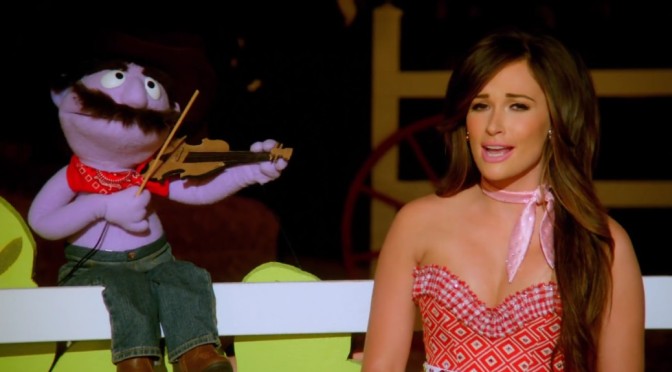 I love Kacey Musgraves. This song might not be the best thing she’s ever written, but the video is fantastic. Hee Haw and the Muppets? What else do you need? “Biscuits” sounds like a sequel to “Follow Your Arrow” and I guess that’s pretty much what it is.

“Arrow” blew me away when I first heard it. It gave me hope for America’s future. In times like these when the Michigan state government is allowing state-funded adoption agencies to discriminate against gay people and cutting assistance to poor families if kids miss school, it’s important to remember that those old assholes are dying off and being replaced by kids like Musgraves.

Pageant Material is due June 23 on Mercury Nashville.