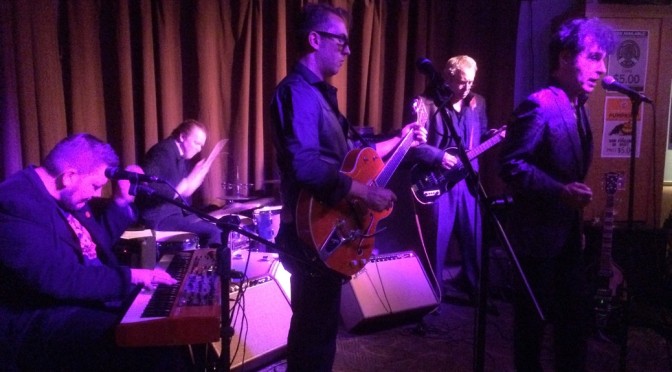 What year was it? Must’ve been 93, right? My senior year of college, because Amy and Sarah were already living down there. I still can’t believe we found them. It was Mardi Gras and me and my ridiculous friends drove from Kalamazoo to New Orleans with one phone number and no real plan. Nobody answered the first several times we called and we were all shitfaced on Bourbon Street when we decided we’d try one more payphone before crashing in the car. Thankfully, Sarah answered and gave us their address so we could sleep on the floor. The next morning the girls introduced us to their pals from the Royal Pendletons and we all went to the Zulu Parade together. Later (much later) we ended up in Uptown at a funky little club called Muddy Waters. The headliner was Tav Falco and his glorious Panther Burns. The last thing I remember was “It’s Only Make Believe.” There are photos of me passed out in the back seat of the Pendletons’ Ford Fairlane.

That was a long time ago. But that trip changed my life. I’ve learned a lot more about the history of rock and roll since I was a dopey college kid, and now I appreciate how lucky we were to get to experience that. So when I found out that Tav Falco would be playing a show in my hometown I knew I had to go. And to make it even more irresistible, Mike fucking Watt is now a touring member of the Panther Burns! Watt is a hero. For his ethics and his spiel as well as his mighty musicianship. And last night at the Tip Top Deluxe I got to stand six feet away from him as he worked his bass. And man oh man, what a sight that is!

It might seem like a weird fit, Watt playing in a rockabilly band, but neither Watt nor Falco should be pigeonholed so simply. They’re both far more complex than that. And yet it was pretty crazy to see Watt in a suit playing a violin bass when the band came on to “Green Onions.” But he was awesome.

Tav Falco was not happy with the sound system at the Tip Top. Poor Cliff (or was it Clyde?) the soundman got an earful from the stage. There was horrible feedback and apparently never enough vocals in the monitors. Despite that, Falco was never less than a captivating performer. He is a Southern gentleman and an elegant dancer. He is a survivor of the fucked up 70s Memphis art/music scene that included Alex Chilton, William Eggleston, Jim Dickinson, et al. In fact, the original Panther Burns were a collaboration with Chilton.

The set was mostly pulled from the new album, Command Performance. Lots of great songs, including one that featured a psychedelic Mike Watt bass solo. I was a little disappointed not to hear my faves like “Girl After Girl” and of course “It’s Only Make Believe” but when a guy’s been making music since 1979 you can’t expect to hear everything.

Grand Rapids is a funny little city and the Tip Top is a funny little bar. It’s in the middle of a rundown residential area on the city’s west side, and it feels like you’re hanging out in somebody’s rec room. The stage is a six-inch riser in the corner of the room with barely enough square footage to contain Falco, Watt, drummer Toby Dammit, guitarist Mario Monterosso, and keyboard player Francesco D’Agnolo. I saw Wayne Hancock here a few years ago. Still it felt like a coup for this venue to be able to book a Panther Burns show, and when they first announced this tour back in August, Grand Rapids was the only stop above the Mason-Dixon line. (They ultimately added Detroit and Chicago dates.)

After the set, I was sure to thank Falco for coming to Grand Rapids and he sold me his new CD for $20. Seems like a lot but he signed it for me. I always feel a little awkward approaching musicians after a show. The band had stepped off the little stage and scattered into seats at tables around the club. I know that some touring folks don’t like shaking hands for fear of catching cold on the road, so I asked Mike Watt if I could have a handshake or a hug. He immediately shook my hand and I leaned in to thank him for playing a great set, but as I did he stood up to give me a hug and I accidentally knocked his glasses right off his face! I felt terrible but he was nice about it. 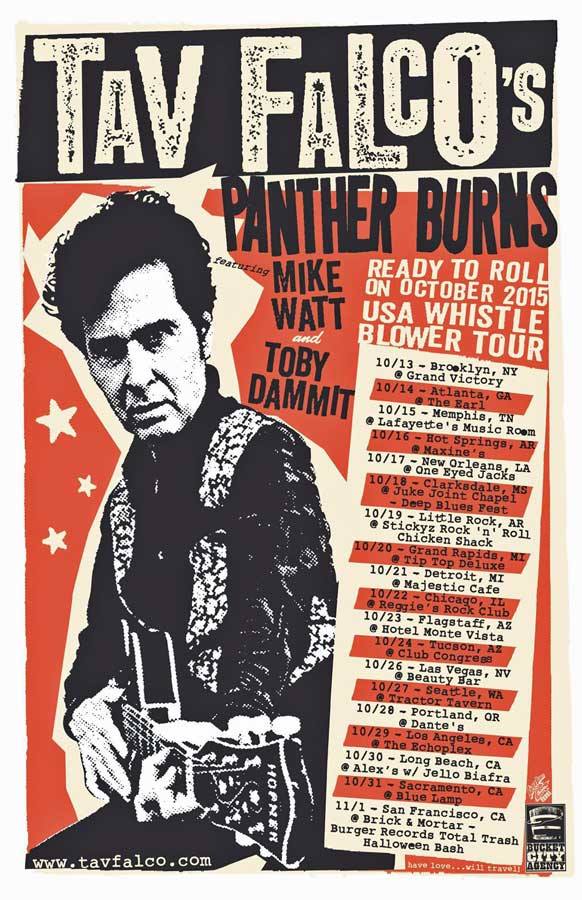 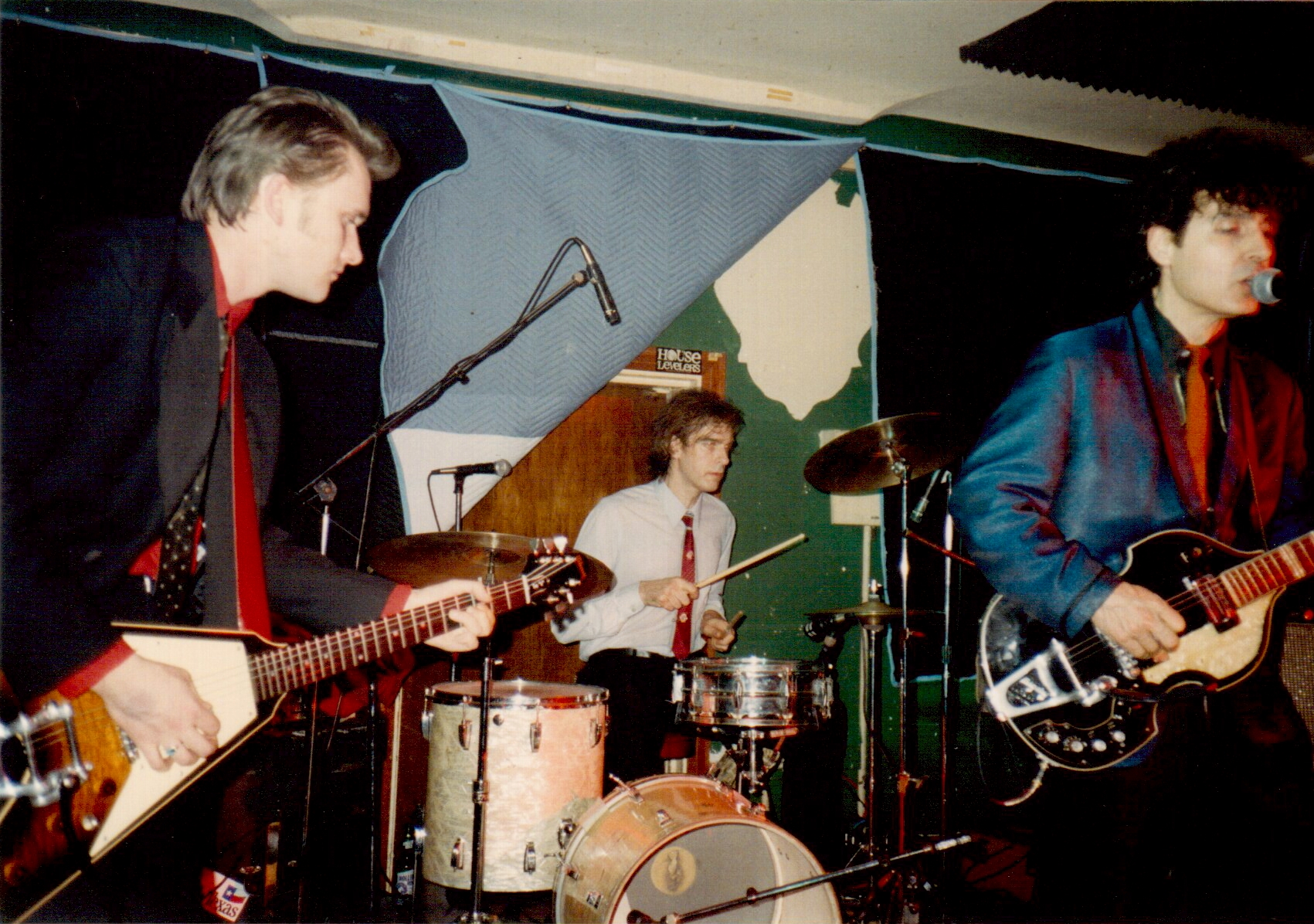 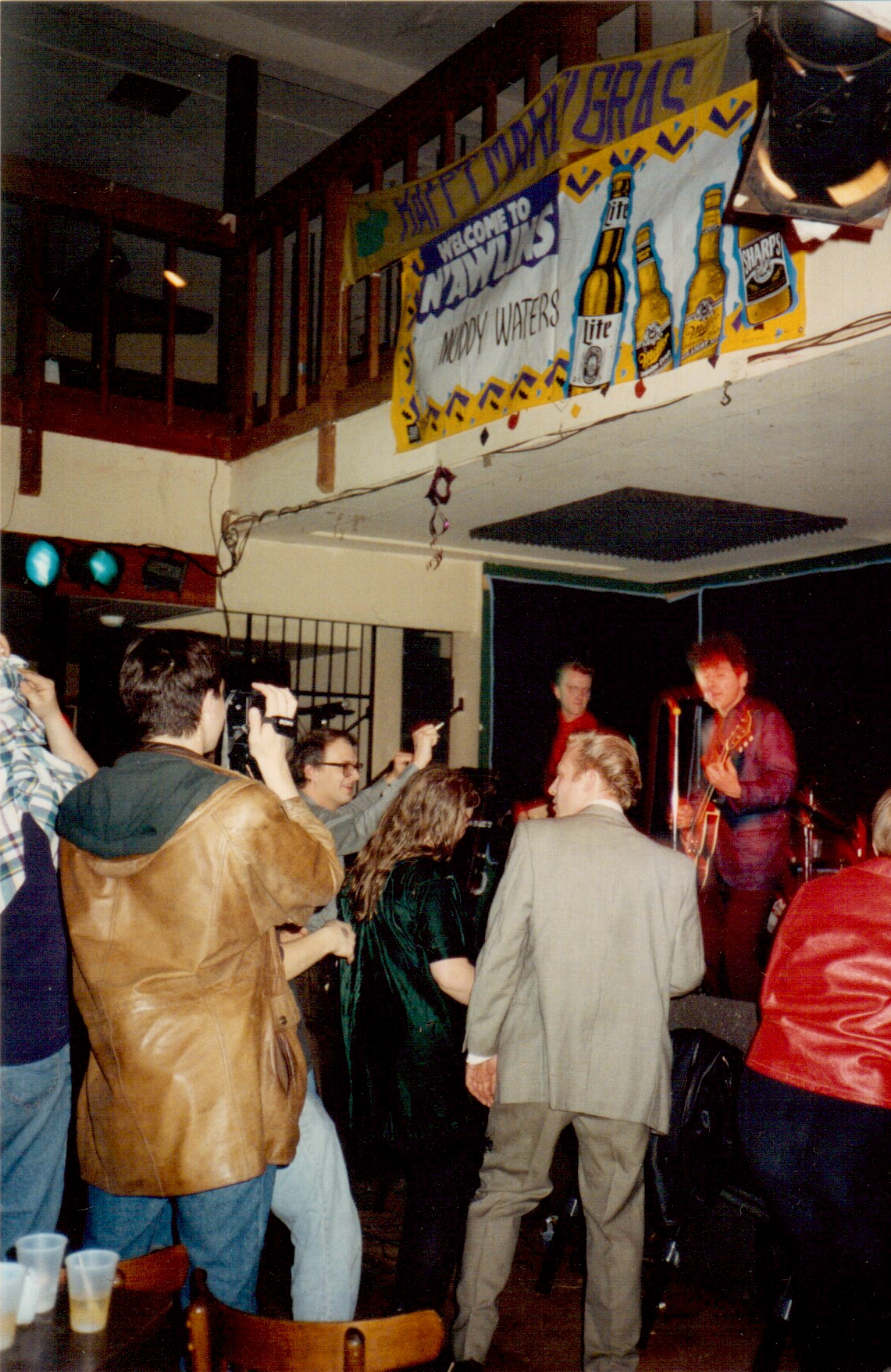 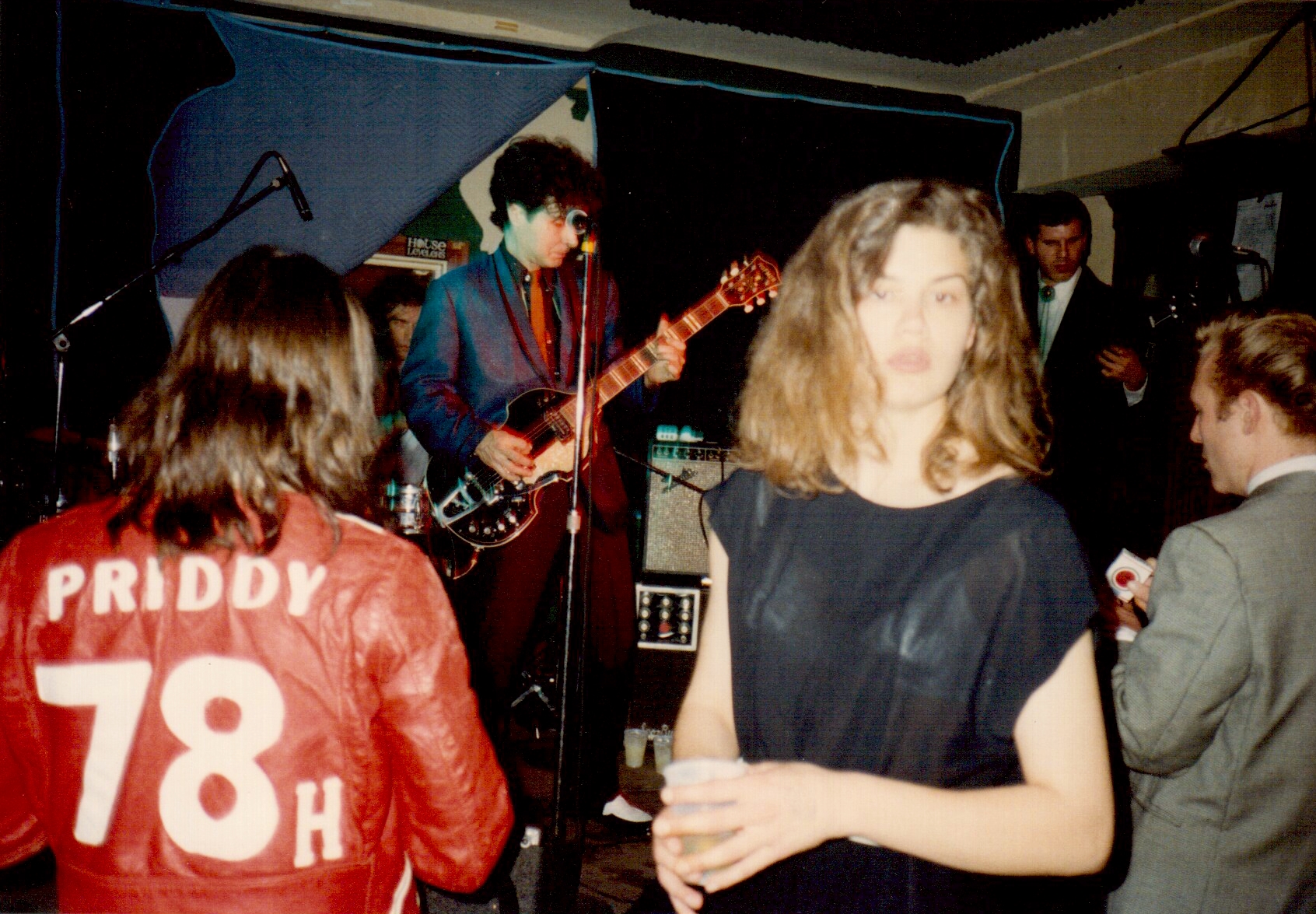 2 thoughts on “Live: Tav Falco at the Tip Top Deluxe”