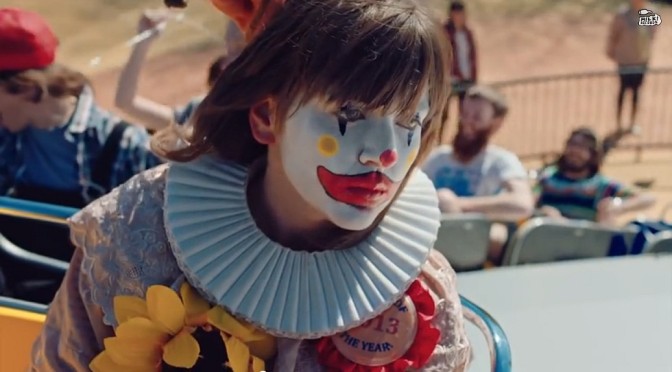 I was hoping this video would have a happy ending, but — spoiler alert! — no such luck. A great new song from her upcoming album, Sometimes I Sit and Think, and Sometimes I Just Sit, due March 24 on Mom+Pop.

Barnett’s Double EP: A Sea of Split Peas was one of my faves of last year after hearing “History Eraser” on satellite radio. That song nailed just about everything I like in my rock and roll: perfect scuzzy slacker folk fuzz. It sounded like it had been written for me. She was great at Lollapalooza last year too. Hopefully she tours a lot for this album because I’d love to see her in a dark club instead of in a “grove” in the middle of the day.

One thought on “New Courtney Barnett video: Pedestrian At Best”