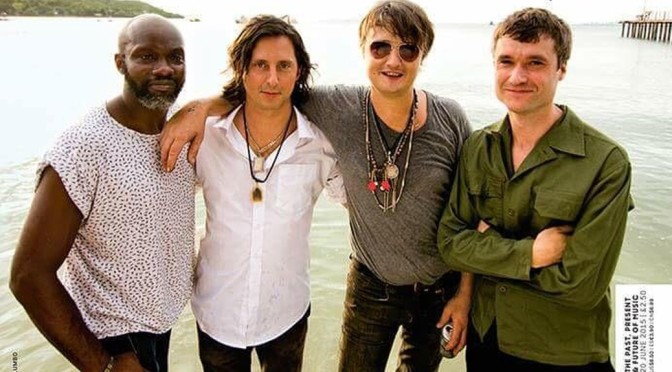 Doherty said that “there’s a miracle aspect to actually getting it done and all getting together to do it. We’re all really proud of it”.

Carl Barat said: “It’s staggering that we’ve got to the point where we’ve actually got an imminent release for the fucking Libertines. Are you kidding me? Honestly, I’m still kind of pinching myself. Is this really going to happen? It’s mental, but I guess it is.”

Doherty: “I think the fear was that we wouldn’t have anything in there to bring out. Fortunately, we did. We were inspired in the period leading up to Gary and John coming out and managed to write loads of really exciting new songs.”

Drummer Gary Powell added: “I would have been really, really pissed off if we’d come back with a new album full of old stuff… The last thing I wanted us to do was sound like we were back in 2004.”

Barat: “It’s not us repeating ourselves, that’s for sure. We’ve definitely moved on. For a while, half my mind was thinking that the album would need an ‘I Get Along’ and a ‘Horrorshow’ – that fast guitar sound – but we were not really in that rhythm. There are a few nods to that for sure, but if we’re not in that rhythm and it’s not part of our lives, then there’s no point in forcing it. I think what came out was just what was right. We didn’t try hard to do anything, but with The Libertines there’s quite a spectrum of what we’ve always done. There are shades to us, and I wanted to make sure that everything I love about the band was represented.”

Barat described the choice of producer Jake Gosling: “We wanted someone who is getting their thing going, rather than someone who is just going to put us through their machine. This isn’t a heritage band making a heritage album.”

The Libertines - You're My Waterloo HQ