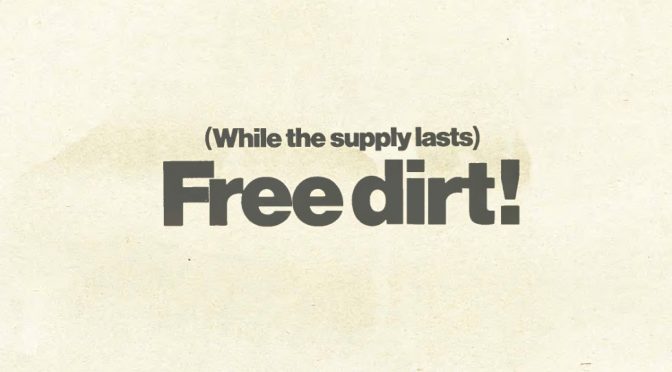 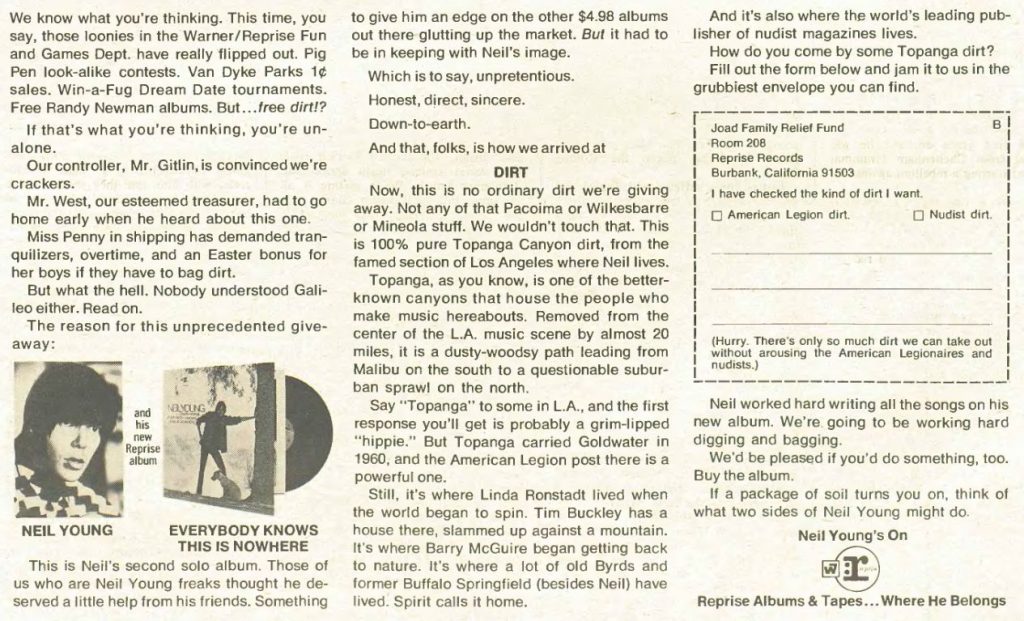 A little googling tells me this copy was written by Stan Cornyn, who worked for Warner Bros. Records from 1958 to 1991 and is credited for elevating album liner notes to something actually worth reading. He died in 2015.

“This is 100% pure Topanga Canyon dirt, from the famed section of Los Angeles where Neil lives. […] Say ‘Topanga’ to some in L.A., and the first response you’ll get is probably a grim-lipped ‘hippie.’ But Topanga carried Goldwater in 1960, and the American Legion post there is a powerful one.”

This full page ad appeared on page 9 of the August 9, 1969 issue of Rolling Stone magazine. I wonder how many people sent in for it. How many people who saw the ad bought Neil’s album? Do any of the bags of dirt survive? Do they turn up on ebay ever?

“Neil worked hard writing all the songs on his new album. We’re going to be working hard digging and bagging. We’d be pleased if you’d do something, too. Buy the album. If a package of soil turns you on, think of what two sides of Neil Young might do.”