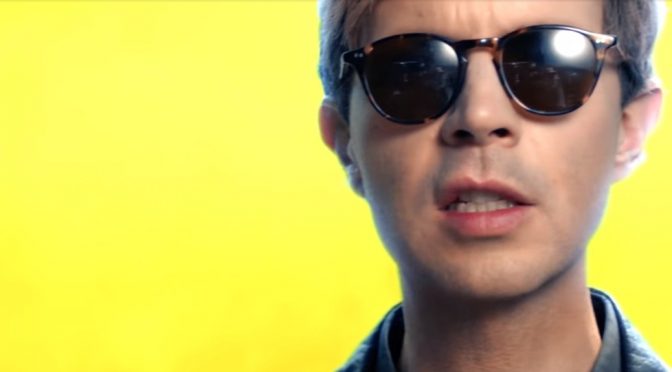 Three months after Beck released the song, he’s finally made a video for it. “Wow” is easily the most fun Beck song I’ve heard since “Hell Yes,” which came out over a decade ago. And he’s apparently “putting finishing touches” on his forthcoming album on Capitol Records with co-producer Greg Kurstin. Hard to believe it’ll be his 13th studio album.

I can clearly remember the first time I saw the “Loser” video, cracking up that they let a slacker like that on MTV. He was like a better-looking, California version of me and all my dopey pals. And by the time I heard “Beercan” I was a fan. My goodness!

I still wish Beck would hook back up with Karl/Carl Stephenson, who co-wrote and produced all the best songs on Mellow Gold, recorded the brilliant Forest for the Trees album, had a nervous breakdown, and dropped out of sight. Could potentially be cool. Or terrible. Who knows? And whatever happened to the Dust Brothers? Now I’m just rambling…