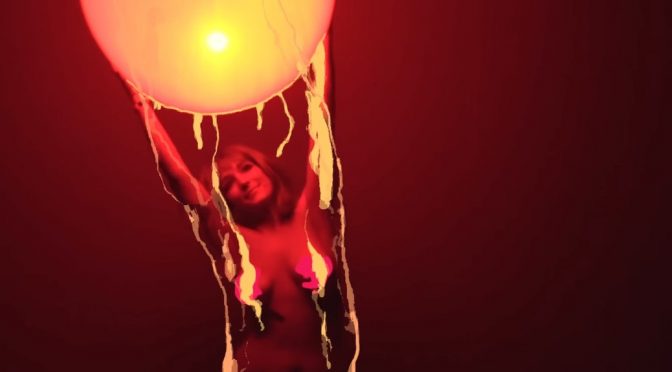 Video: The Flaming Lips – “Sunrise (Eyes Of The Young)”

Well it looks like Wayne Coyne made it through his midlife crisis and is back to making music again. I’ll admit I was turned off by Coyne’s recent behavior where he left his wife, allegedly started taking drugs after years of relative sobriety, and began running around with Miley Cyrus (not that there’s anything wrong with that). Around that same time the Flaming Lips had become the feel-good, never-turn-down-a-festival-appearance party band, making a cartoon mockery of the fundamental weirdness that had made them so appealing in the first place.

Remember when it just seemed INSANE that “She Don’t Use Jelly” became a hit? That was 22 years ago, bubba, and Yoshimi was 14 years ago. You can’t begrudge a band for sticking with it and gaining fans and success, but it would be hard to argue that they hadn’t gotten sidetracked over the past few years. There’s more to life than confetti cannons and balloons.

I was pleased with the slow-burn psychedelia of their Riot Fest performance this year. There were still confetti cannons and balloons, of course, but the music didn’t pander to the shirtless party bros. They weren’t taking their music — or their audience — for granted. Longtime Lips fans will give all the credit for any return to form to Steven Drozd, and maybe that’s fair. Drozd is said to be the only real musician in the band, but even if that’s accurate, Wayne Coyne is still the front man and is clearly responsible for steering the ship. From the three songs they’ve released so far from Oczy Mlody, due January 13 on Warner Bros, they’re heading into some interesting territory.

Video: The Flaming Lips – “The Castle”