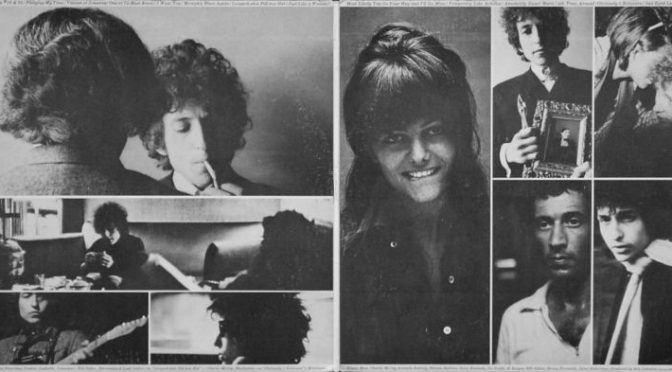 Fifty years is not ancient history. And yet mysteries are still possible.

Earlier this week everybody celebrated the fiftieth anniversary of the release of two groundbreaking albums: the Beach Boys’ Pet Sounds and Bob Dylan’s Blonde on Blonde. Both of them are masterpieces but only one of them was released on May 16, 1966.

Why is there confusion around the release date of Blonde on Blonde? Aren’t these things documented? Especially for an artist with the stature and scrutiny of Bob Dylan! Of course they are, but sometimes we don’t have immediate access to everything.

But we do have enough information to definitively rule out the idea that Blonde on Blonde came out on the same day as Pet Sounds.

On Monday morning when I checked my twitter and started seeing people celebrating this milestone, I wondered how many people were fans of both albums at the time. Can you imagine going into the record store and seeing those two albums side by side on the new release shelf? But in 1966, were the Beach Boys loved by the same people who loved Bob Dylan? It’s a fascinating question but there weren’t many publications at the time that took rock and roll very seriously, so it’s hard to find any contemporary comparisons. Rolling Stone wouldn’t publish its first issue for another year and a half (November 1967).

I busted out my trusty edition of Joel Whitburn’s Top Pop Albums to see how the two albums sold and was surprised that while Pet Sounds debuted on Billboard’s Top LPs chart on May 28, Blonde on Blonde didn’t bow on the chart until July 23. That seemed odd since Dylan was coming off a hit single with “Rainy Day Women #12 & 35.” His new album couldn’t have been that much of a sleeper, could it?

Digging into the archives on Google Books, I saw Billboard had listed Blonde on Blonde in the July 16 issue’s New Album Releases section and featured it in the Album Reviews section, two whole months after its alleged May 16 release.

By contrast Pet Sounds was listed and reviewed in Billboard’s May 28 issue, twelve days after its release.

Additionally, the June 29 issue of Variety lists Blonde on Blonde as an upcoming release.

Going by the appearance in Billboard’s new album listings and reviews, we can conclude that the actual release date of Blonde on Blonde was July 4, 1966.

Or can we? The Fourth of July is a holiday. Would an album be released on a holiday?

Maybe it came out the previous week. The July 9 issue of Billboard has Blonde on Blonde highlighted in the New Action Albums section. These are new albums that “have been reported getting strong sales action by dealers in major markets” but have not made the Top LPs chart yet. Not sure what the publication lead time was back then but it had to be more than 5 days. That would suggest Monday, June 27, 1966.

Turns out sometimes albums charted 19 days after their release date instead of 12. Or even longer. Rubber Soul, for example, was released on Monday, December 6, 1965. It was featured in the December 18 Album Reviews section, but didn’t chart until the December 25 issue (19 days). Revolver was released August 8, 1966, listed and reviewed in the August 20 Billboard, but didn’t chart until September 3 (26 days)! Who knows why?

Still, ignoring the chart debuts which are all over the place, Billboard consistently listed and reviewed new releases on the second Saturday after the album came out. If an album was released on a Monday, it’s going to show up in Billboard 12 days later. Therefore, we can safely assume that Blonde on Blonde was released late in the week of June 27, 1966. My best guess: Friday, July 1, 1966.

Then why does everybody think it came out on May 16?

To answer that we must turn to the research of Dylan journalist Roger Ford who digs deep into the history in his essay, “Blonde on Blonde: The Record That Can’t Be Set Straight.” Ford points out that “The official Dylan web site, bobdylan.com, used to give exact release dates for Dylan’s albums, and for Blonde On Blonde the date given was always May 16, 1966; this date has also been quoted by others in the past, so presumably it must be held as such in Sony’s records.”

Ford continues: “However, I’ve been unable to find any firm evidence that copies of the album were on sale anywhere in that month. Fans who were awaiting its release at the time were told of repeated delays, and clearly recall that the record finally appeared in the shops around the end of June. Presumably the delays were caused by the last-minute adjustment of ‘4th Time Around’ noted above.”

There was an overdub recording session in Nashville on June 16. Ford (via Michael Krogsgaard) suggests this session was specifically for overdubbing a new drum track for “4th Time Around.” So again: definitely not released on May 16.

So May 16 may have been the originally scheduled release date, but it got pushed back so Dylan could tweak the mix. And if Dylan was still recording an overdub on June 16, it shouldn’t be surprising that there was a mad rush to get it out as quickly as possible after that, even if that required an atypical, non-Monday release date. Ford says that the album “was taken as far as the cutting stage as many as four times” before its ultimate release. Which seems crazy, but hey, the proof is in the pudding. The album turned out pretty well, don’t you think?

So until somebody comes up with definitive proof otherwise, I’m going to believe that Blonde on Blonde was released on Friday, July 1, 1966. I look forward to reading a bunch more thinkpieces about its 50th anniversary in about six weeks. 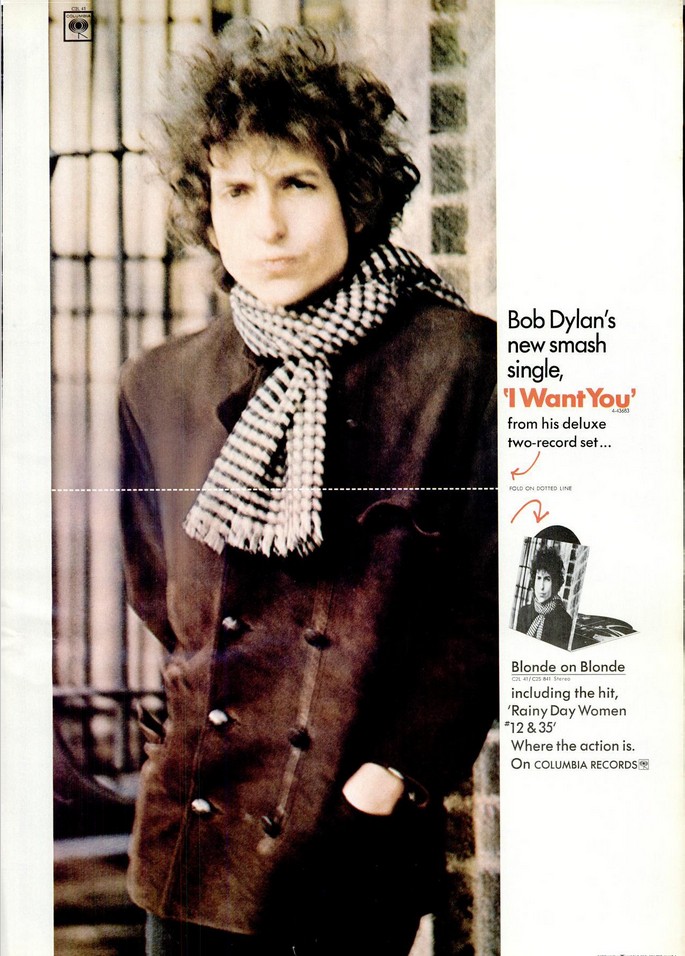 Additional research by Michael Forbes, and thanks to Erik Thompson for turning me on to the Roger Ford essay.

14 thoughts on “When was Blonde on Blonde released? Nobody knows.”