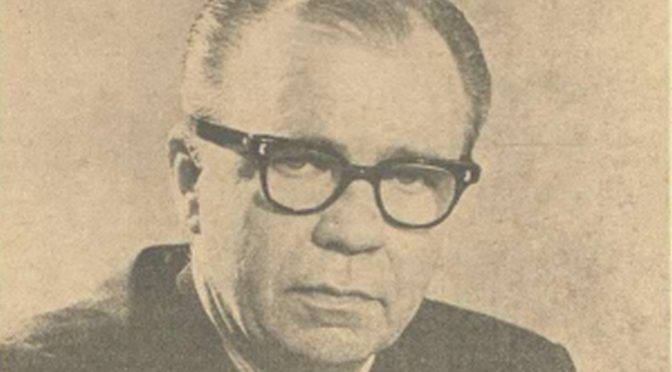 Audio: Victor Lundberg – “An Open Letter to My Teenage Son”

Victor Lundberg - AN OPEN LETTER TO MY TEENAGE SON

There’s been a lot of talk recently about the 50th anniversary of the first issue of Rolling Stone magazine, dated November 9, 1967. The interviews and reviews of early Stone are rightly celebrated, but I like flipping through for the ads and weird news items.

The second issue came out two weeks later and featured Tina Turner on the cover. It was 20 pages long, with 3 full-page ads, and featured an interview with Donovan and a big Jon Landau piece on Aretha Franklin. The thing that caught my eye, however, was an article on page 8 by Bob O’Lear titled, “USA’s Hottest New 45 RPM: Letter to a Teenage Son.”

The hottest record in the country — not the Monkees, not “Incense and Peppermint,” not the “San Francisco Sound” nor even the Beatles — is a non-musical offering by two middle-aged advertising executives from Grand Rapids, Michigan.

The song, if you haven’t heard it, is a slice of the reactionary doublespeak for which my hometown of Grand Rapids is notorious (Amway, Betsy Devos, et al). “Some of my generation judges people by their race, their belief, or the color of their skin and this is no more right than saying all teenagers are drunken dope addicts or glue sniffers.” Of course, by the end, the narrator threatens to disown his son if he refuses to fight in the Vietnam war. “Your mother will love you no matter what you do because she is a woman.”

Fifty years later it’s kind of hilarious, but still pretty sad because it’s based on an actual letter the dude wrote to his 17-year-old son. This was the state of the world in 1967. Imagine having to make that choice as a teenager. “If you decide to burn your draft card, then burn your birth certificate at the same time.”

O’Lear plays it straight. No moralizing, barely any condescension, just straight reporting. He interviews the songwriters, the record label, and a radio program director, and he quotes a big chunk of the narration. This is O’Lear’s only byline in the Stone.

A little googling uncovered a “promotion man” named Bob O’Lear who worked for labels affiliated with Liberty Records in 1967. So was this article essentially a press release? Native advertising? Had Jann Wenner already sold out by the second issue? Or was he just willing to publish whatever content he could get?

“An Open Letter to My Teenage Son” spent six weeks on the Billboard Hot 100 and peaked at #10. 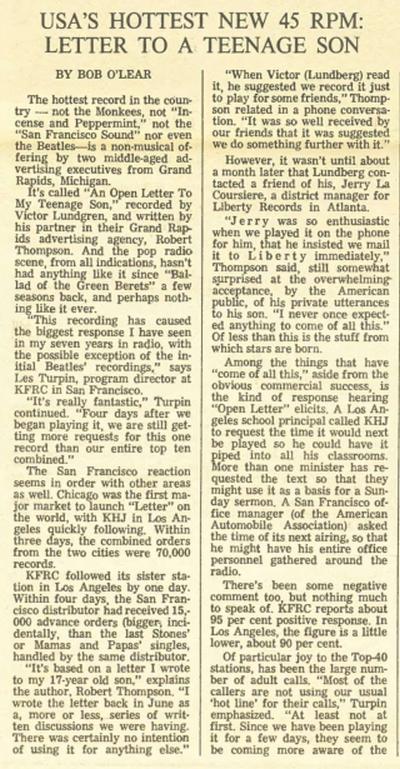 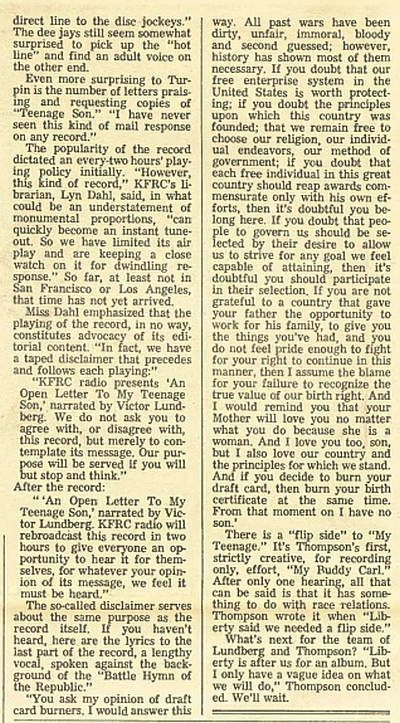 And here’s the b-side. It’s in the form of another letter, this time from a soldier to his Congressman, with references to segregation and rioting and “people trying to replace moral obligation with legislation.” I concur with O’Lear who suggests that “it has something to do with race relations” but its overall gist seems to be that there is bigotry and hate mongering on both sides, both sides.