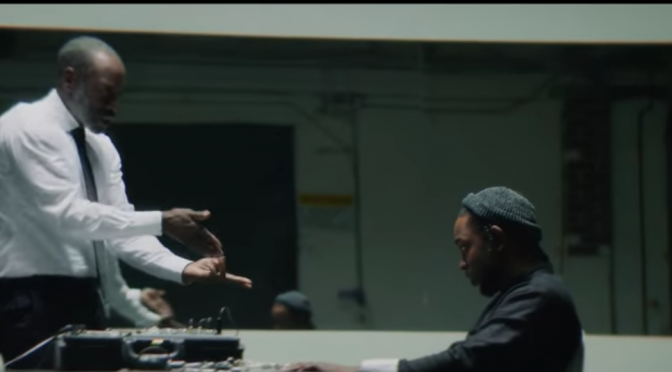 Kendrick Lamar and Don Cheadle Go Head to head in this video for the single, “DNA” from Lamar’s new album DAMN.

I ran into Don Cheadle once on Michigan Ave. in Chicago. It was cold but sunny and we were walking toward each other when he recognized that I had recognized him. We both played it cool though. He flashed that Cheadle smile as an acknowledgement that yes, it was indeed him. I nodded and we kept walking.

Lamar’s new album is streaming now and will be available on vinyl this summer with limited edition autographed copies are up for pre-order on his website.