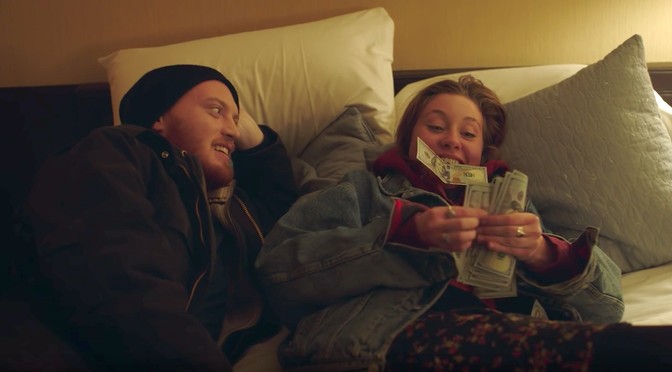 “I was already in love with the song and I was mostly struck by the words and their pacing,” says video director Kris Merc. “The spoken word quality of the narrative had a somber, melancholic tone that left me feeling a bit reflective about the fleeting moments we all face in life. We decided the video should tell a story about the meandering nature of youth. From there, we created a narrative that follows the fleeting journey of two young characters who find beauty in their bleak circumstances, carving out hope in their own way while knowing their time together is limited. It’s a meditation on the idea of memories, nostalgia, and the feeling of being caught up in a raw moment. All this happens in a landscape reflecting contemporary America. In this search for meaning, you can feel the raw emotion of something lost and something gained. There is a lot of tension, but I think the problems we all face are the same. ‘We all want the same things’ – the camera is constantly seeking solace; It is seeking out a truth not easily found.”