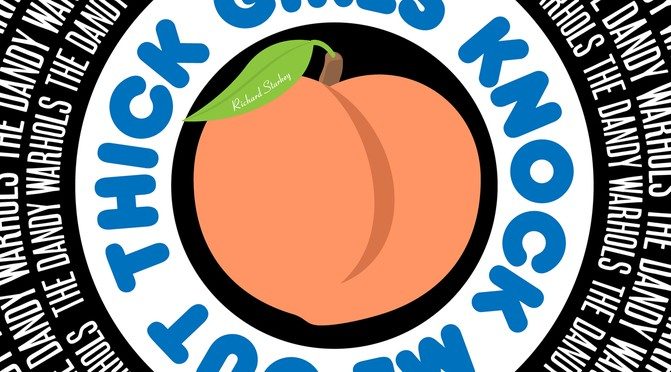 Gotta love the Dandies. It’s been twenty years since they released The Dandy Warhols Come Down on Capitol Records, and ten years since Capitol dumped them, and they’re still at it. Still pounding away at chuggy, psychedelic garage rock.

This one’s pretty fun, shouting out Paul McCartney’s Kisses On the Bottom and “It Don’t Come Easy” by “that other Beatle.” LOL.

Hey we’ve got a new single called “Thick Girls Knock Me Out (Richard Starkey)” – if you ask my opinion you should plunk down the $1.29 to buy it on iTunes, maybe we can get a pot of coffee outta the deal.

“Thick Girls” is also available on all the premium streaming services (Spotify, Google Play, Amazon, Apple Music, etc), just in case you need it even cheaper than $1.29. Nevertheless play it a lot, put it on repeat, those .004 cents checks really add up

Video: Paul McCartney – “My Valentine” (from Kisses On the Bottom)