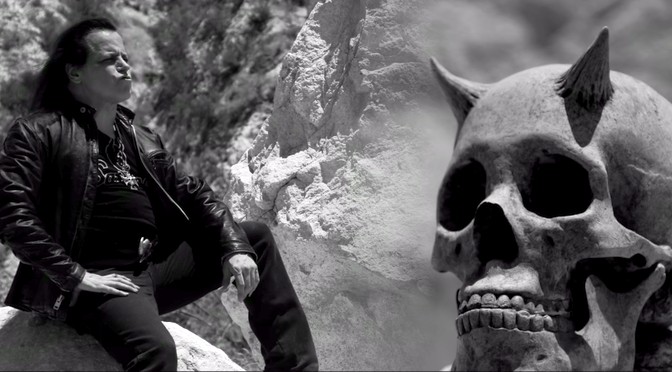 From Black Laden Crown, out now on Nuclear Blast. Directed by Glenn Danzig.

Oh Glenn. It’s easy to laugh at Danzig. He takes himself so seriously. And he’s lonely! He could definitely use a hug.

But I am so happy he’s still around, doing what he does. And seeing the Misfits play Riot Fest last year was a hightlight of my life, even if his lungs were out of shape.

This song sounds better than that first song off this new album we heard back in April, but that’s a low bar. Danzig would benefit from using an outside producer who could help bring out what he does best. This is not that.

Danzig is playing Danzig III: How the Gods Kill at Riot Fest on Saturday, September 16, at 5:20 PM.