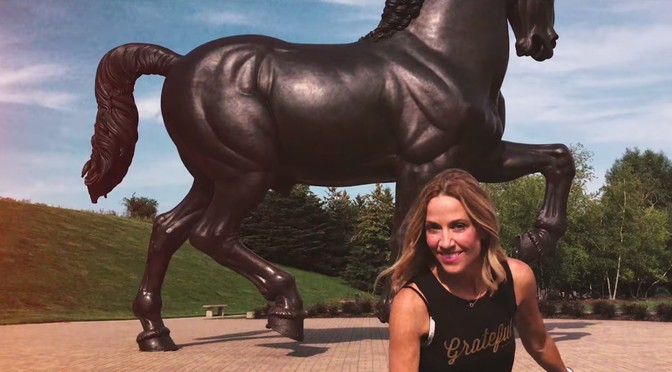 From Be Myself, out now on Warner Bros.

It’s cool to see Sheryl Crow skating around the da Vinci Horse (by sculptor Nina Akamu) at Meijer Gardens in my hometown of Grand Rapids, Michigan. In fact, all the scenes in the video where Crow is wearing the black “Grateful” tanktop were shot at Meijer Gardens where she played a sold-out show in July.

I haven’t paid much attention to Sheryl Crow for a long time, but this song sounds pretty good. Certainly can’t argue with the message.

Of course if you’re going to sing about roller skating, it’s hard not to think about Melanie’s “Brand New Key.”

Update: Looks like the video has been yanked from YouTube, possibly because it may have used unlicensed footage from “The Funk Phenomena.” Boo.