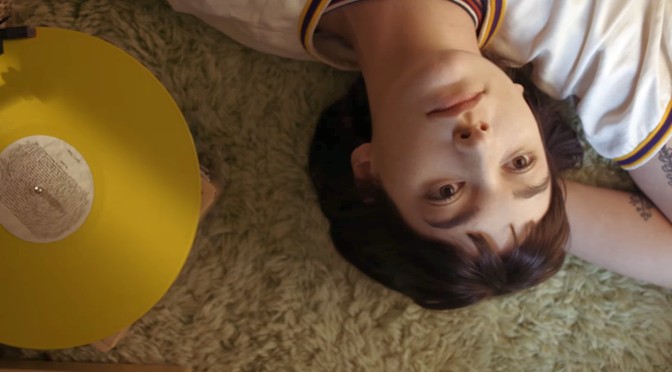 From Survival Pop, out now on SideOneDummy.

This sounds like college to me. From the opening line (“Count down the months til you move out of the house”) to the Mascis lead guitar lines, combined with themes of dealing with your parents and insecurities about relationships, it’s three minutes of postadolescent emotion.

Doing your job at being overprotecting
But these guys were never that threatening
“I’m just one of the boys, you see. You don’t have to worry about me.”
I’ll grow up to be somebody’s waitress

In fact it reminds me specifically of my beloved Port Wine Lads, active on the Kalamazoo College scene from about 1991 to 1993. Being highly literate liberal arts students, the Lads crammed a ton of words into each verse and ended up being way more thoughtful than their jokey exterior would suggest.

I don’t know anything about Worriers’ Lauren Denitzio, but I like the way she writes a chorus:

Talk of style and glory but you never pictured me.
Oo-oo-oo…the possibility.